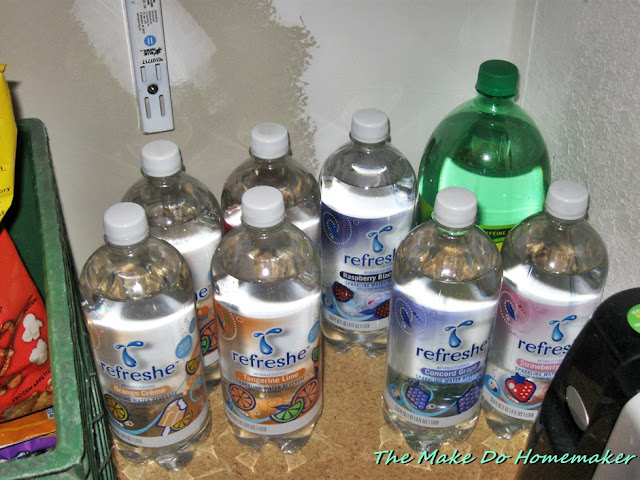 MAN it's been a busy week!

First there's the son.  I'm not sure what is going on with him right now.  The beginning part of the week, he was acting super maniac and zoned.  Not in a bad mood or anything, but it was impossible to get him to focus on any task you wanted him to perform.  Wednesday rolls around and he's doing so good Wednesday morning mood and itching wise I just plain forgot to give him medicine.  Like any medicine.  Instead of running home and getting him his usual dose of risperidone, I asked his teacher to just give him a shot and see how he did without it and if she needed me to dose him I'd run over with the medicine and give it to him.  He did so well that day he didn't even need antihistamines.   I still gave him his nightly doses of said medicines, but started leaving off his morning doses just to see if we could get him to focus a bit better at school and speech (which he did).  But now I'm at this bad point this weekend where he's just NOT in a good mood.  I am thinking his normal high doses of medicine might be a weekend thing the way this is going.  Which, I'm okay with honestly, so long as he does okay at school and things during the week.  The poor kid could deal without SO many constant medicines in his life.  But, yeah, his general mood so far this weekend has been kind of challenging.  He was home sick on Friday, though, because he wasn't feeling great, so I'm wondering if his general "I'm grumpy" attitude is just not feeling good, but he can't tell us.

There was also just general Christmas type things going on this week.  We dug out the rest of the Christmas decorations and hung those up and made plans on different things we could do for fun this month.  We found that the Alaska state fairgrounds aren't doing the Christmas lights display they've done the past couple of years this year, which bummed the daughter out, but we have found a couple of neat little displays driving around different areas, so she's at least happy we've found those.

There was also some cool money saving things that happened this week, so let's get to those!

1.  Shopping went pretty well this week.  I thought I'd need tons of groceries, but it turned out that I really didn't need as much as I thought I did (nice surprise to find that out to be sure).  I still had to spend some money, but not as bad as I was planning, so that felt good!  Yay for sales and clearance items (like I needed cat food this week and found a TON of them marked down to .12 a can at Fred Meyer, so that made getting cat food a LOT nicer on the checkbook!).

The highlights of shopping this week was getting my free Sierra Mist Twist (seen peaking from behind the water there in the pic above) and getting the game "Jenga" for .50!  Fred Meyer is doing their "25 Merry Days" again this year and while the freebies they are giving away food-wise are sort of "meh" (as far as I can see) they are having some really high value toy coupons.  I found that they had 7.50/1 Jenga game earlier in the week, so I ran to Fred Meyer that day (to get Coke on sale, honestly) and checked out Jenga to see how much it was going for.  It was on sale for 9.99, so I knew I could get it for 2.49 after coupon, but then I thought about it for a second and dug out the coupon envelope in my purse as I thought my mom had sent me a manufacturer's coupon for Jenga earlier and sure enough there was a 2.00/1 Jenga coupon in my purse (I have no idea where my mom clips or gets some of these coupons from, folks, so I really can't tell you to check your inserts in the paper for the match up or anything).  So, between the two coupons, I got Jenga for .49.  Since I do try to get at least one board game for the kids for Christmas (especially since my daughter really likes them), I am happy to have gotten the yearly edition so cheap!

I also got flavored sparkling water for .50 a bottle this week.  Since the husband is on a mission to reduce his soda consumption (he LOVES Coca Cola and the doctor told him to try and cut down on it a lot) we've been drinking them with dinner.  It's working well so far and honestly I'm enjoying it (I like flavored water *laugh*).

3.  I finished a few Christmas gifts out of materials I had on hand this week (more on that in the upcoming "Gift a Day" series :).

4.  Instead of going for the usual stocking stuffers this year, where normally I end up getting candy and things for the son (preferred reinforcers) and stuff, this year I decided to go with things the kids could use and wouldn't be so prone to rot their teeth.  I got them both a battery powdered tooth brush, a chapstick (.50 each after coupons I had combined with a sale at Fred Meyer) and things like that.  I have found that it's costing me a bit more than say, candy, but I feel a bit better about filling the stockings with the things I got for the kids.

5.  I wanted to get my half sister a certain necklace for Christmas and stalked about four websites to find the cheapest price to send one to her for Christmas (I'm the only one out of the family who make an effort to be a sister to my half sisters so I do try to send them Christmas gifts when I can).  Earlier in the week the necklace I had picked out went on sale for super cheap on Amazon and it shipped free with Prime shipping!  I ordered it happily at that price and was even able to spring for gift wrapping on the gift and STILL ended up cheaper than the regular "sale price" on the item.  I was happy.

6.  I have enjoyed getting a few free magazine subscriptions in the mail this week.  Not only do I like to read the magazines this time of year, but I also like to lay them out on the coffee table to act as holiday decor as well.

7.  I combined errand trips and things to conserve gas as much as possible (although I did have to run a lot this week, I have to admit and went through gas doing it).

So, yeah, I'm sure there's more to the week as it seemed like I never sat still, but my mind is blanking and so I'm going to leave it at that.