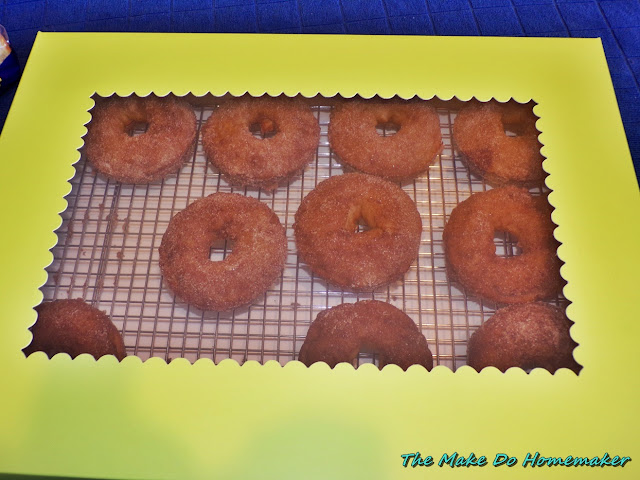 Well, fall is officially here, it seems.  The temperatures at night are going down into the upper thirties (Fahrenheit that is), the leaves are falling from the trees at a rapid rate, and the furnace is now on pretty much full time.

It has been a week of things breaking.  I dug out the pan that I normally roast our turkey at Thanksgiving in (it's like a 10x15 pan versus the 9x13s that I have in my cabinet) to move it to clean the spot it was in.  I somehow managed to drop a Pyrex baking dish, on carpet, in a way that shattered old reliable.  So, I bought a new roasting pan this week.  At least this one is metal and I can use it for chicken and things as well as for the turkey (the old pan was so big that really the only time I ever dug it out was at Thanksgiving).  The cheap cooling racks I bought at Denali Dollar years ago (it was kind of like our 1.00+ store in Wasilla for a while) started to rust.  They were never great quality to begin with, but I do use them all the time and I don't want rust in my baked goods, so I ended up having to get a new set of cooling racks from Amazon (I got a two pack for like 13.00 which seemed to be the best deal for ones people said didn't rust and were decent quality).  The son sat on the cloth box that I was using in his room for a hamper and he not only flattened it but managed to break all the spot welds on the thing, so after many years of service I had to call it quits for that and I'm hoping I can keep on top of the laundry so I can keep his room hamper free for now.  A fuel pump went in a vehicle and we had to replace it.  The DVD player in Alvah's room died (thank goodness I had a spare one that worked that I could grab).  The husband had to build a support system to help the mattress platform sit flat in the son's bed (which yay that worked good).  It's been kind of crazy around here.  My dad always said that things broke in threes, but we buried that number for sure this last week.

So, yeah, money saving wasn't really too successful this week.  We did have a few silver linings though, so let's get to those.

1.  We finally got an appointment to get Alvah evaluated by the speech therapist that works through our homeschool.  Bright side to this is she'll be teaching ME how to teach Alvah, so hopefully between that and the classes and books I'm reading I might be able to hopefully help him to better to communicate with us.  I'll be so happy if that happens.

2.  I was able to buy 20 lbs of potatoes from our local farm that our CSA box was through.  Man the last box they gave us was awesome!  I ended up with two pumpkins (one is really green, so I'm not sure if that'll ripen or what, but if nothing else we can carve it at Halloween.  The other pumpkin is a white pumpkin, which I've never bought one of those before so that was cool), russet potatoes, tomatoes, honey, apples, broccoli, beets, carrots, lettuce, turnips and collards.  It was a great way to end a really cool experience.

I was kind of nervous about buying the potatoes.  I put in my order in good faith and was just waiting for the amount when I picked them up because no one e-mailed me back when I asked for prices per pound.  I got 20 lbs of red potatoes for 20.00.  At 1.00 per pound for farm fresh potatoes...I was happy let's put it that way :).  I currently have them sitting loosely in a cardboard box under the coffee table in the den to dry out and cure (I'm mixing them to dry them on all sides) as they came directly from the farm covered in mud, so they definitely needed to cure and dry out before storing them.  Between them and the drawer full of "new potato" type of russets I have filling my crisper drawer in the fridge, I'm hoping to be well set on potatoes for a while :).

I pulled out an old waxed cardboard box that was used to store potatoes from a previous year when I bought some through another farm in Palmer and I'll reuse that box to store the new potatoes in.  Hopefully, if I can store them right, they'll last me well into winter.  Fingers crossed.

3.  We got approval to get Alvah a new talker through the homeschool and I was able to get in contact with the man in charge of technology orders and get in our order for the I-Pad mini.  It should be waiting for us at the office when we go in for the speech therapy evaluation next week.  I'm so relieved, honestly, as having to buy a new I-Pad mini so the son would have a portable talker was going to be expensive no matter how it was cut, so being able to use his educational funding for it was a real boon.

4.  Homeschool, speaking of which, is going well with Alvah.  I'm really happy with him so far this year.  He's enjoying me reading "The Merry Adventures of Robin Hood" to him (he has never sat still while I read anything to him before now, so it has been great for me), his hand writing is slowly getting smaller and better and he's tolerating the bits he doesn't like a LOT better.  He's biting apples when I hold one up to his mouth, he's really enjoying watching us cook and bake (which it is really great watching him show interest in things) and yeah...I'm happy :).

5.  I finally got the pantry better organized and I think it'll work well for this winter.  I'll try and take pictures here soon and give a quick update on how we are going into winter and what my thought processes are on what I bought and why, so if you are interested stay tuned for that.

6.  I started to take measurements of my kitchen cabinets.  Why?  Well, since the earthquake my kitchen cabinets don't work, like organization-wise.  I ended up having a bunch of stuff come down off the top of the cabinets after the quake to save what was left of my glass items from getting broken in the many aftershocks.  Tons of stuff broke and a bunch of it I couldn't get replacements for, or I couldn't get near the same item as the items I was using weren't made anymore and weren't exactly easy to find (and if I had found replacements, since the items that broke were "vintage" and popular with collectors, it would have cost me a FORTUNE to replace them with similar items).  I've rearranged my cabinets about, on, ten times (at least) since the earthquake and each time I've made the spaces in the kitchen work worse (somehow).  So, instead of tearing apart the kitchen, again, and organizing the cabinets this way and that, I decided I'm just going to draft it all out and organize the cabinets that way and THEN put everything in its place when done.  If it worked for Julia Child I figure it can work for me *laugh*.

This will be an experience for me.  You are looking at the woman who was only able to pass drafting with a "C" in high school by being good at making an ellipse in a three dimensional cube and doing those plans over and over and over again (my art teacher loved me though as I was able to make him a very nice series of templates for ellipse shaped mat frames for different art projects *laugh*).  But, yeah, me and three dimensional drawing/drafting?  Not something that I was good at to say the least.  Hopefully, my brain will get it this time ;).

7.  I just wanted to highly recommend to anyone the LEAST bit curious about the Norwegian countries and interesting tidbits about their traditions, how they speak (turn of phrase and things), etc. this newsletter I found online.  I was on Amazon (of course) looking at different cookbooks last Christmas to see what fun things I could find to do with the kids for our "Christmas Around the World" unit I put together and I stumbled across a series of cookbooks that were written by the owner of a restaurant called "ScandiKitchen".  I signed up for their newsletter mainly as a lark, but I actually really ENJOY getting the newsletter in my inbox every week and find it extremely entertaining.  Really!  I know, getting a online newsletter and being happy to get it seems kind of odd, but really it is a lot of fun.

You can go to their website HERE to sign up.  It is one of those entertaining oddball things I've found that are free to do, so I thought I'd share :).

8.  We made the apple cider donuts from the Raddish box this week.  I put them in a "fancy" box that I had to make them a bit more special.  I was, sadly, kind of underwhelmed by them.  I was hoping that they would be really apple tasting since the main liquid was apple cider, but instead, as my husband put it, "they taste like carrot cake a bit".  They weren't bad, don't get me wrong, they just weren't great.  The recipe called for cinnamon and nutmeg as the two main spices in the recipe and I found that the nutmeg just kind of overwhelmed everything else (at least to me).  I want to try again with some different recipes and see if I can find ones that are closer to the apple cider donuts I remember from my youth apple picking in New England :).

I did find that my husband would bring breakfast to work with him this way, though, so I'm seriously thinking of trying some different recipes so he'll bring food with him in the morning.  He goes to work really early, so things like donuts and other things that will keep for a while before he eats them are ideal so he can wake up fully before eating.  If I can get him to take food with him he's less likely to buy breakfast foods while at work which will definitely save us money as anything at the airport, as anyone who has been to an airport knows, is super expensive.

We doubled the recipe to practice our fractions and I sent in a half dozen with my husband to work to share with his co-workers.  His team really enjoyed them, so hey at least there's that :).

And, yeah, I think there are some things I'm forgetting, but those are definitely the major ones that happened the last bit.  How about you guys?  Things been going okay for you? 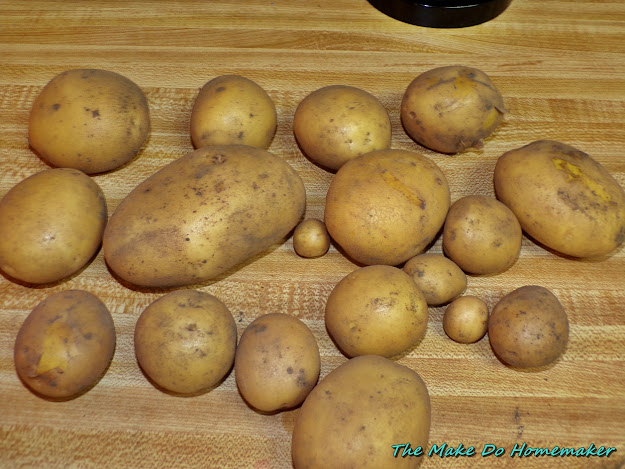