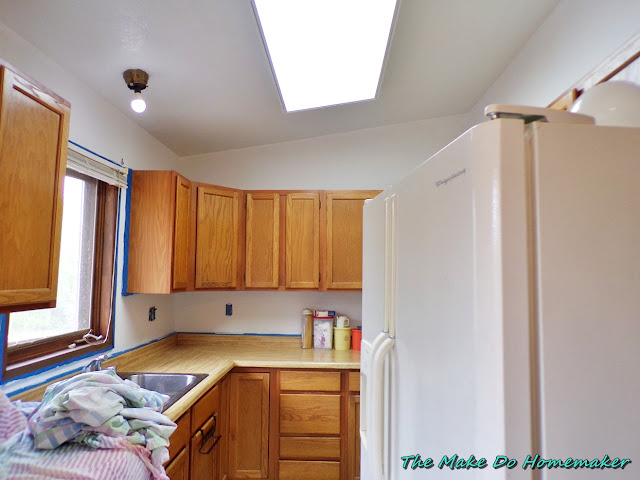 First, I want to apologize up and down to the caring souls who have e-mailed me and messaged me the last week asking if we were still alive around here.  Yes, we are all okay here.  Things have just been hectic/time consuming and I haven't had time to blog.

First up we all ended up catching a cold and rotating it through the house.  I'm still up in the air over whether it was an actual cold or just seasonal allergies, but either way...people were stuffy and miserable for a bit.  I ended up with a migraine for like three days straight after we were all over that mess...migraines run in my family and I don't get them often, but when I do...well it's not fun.

Once all of the health stuff was past, I was so far behind on getting things done that I wanted to get done that I just kind of went nuts trying to get things accomplished around the house as not getting things done was REALLY starting to get to me.  I got the new kitchen cart put together and then went to town emptying the kitchen so I could paint it.  Turns out painting the kitchen has been a slow process, not to mention a bit of a pain in the keester.  Turns out that Kilz is no longer an oil based primer, so my plan of putting Kilz on the walls to cover up all of the old grease and things ended up being a three coat affair instead of the one coat I was planning on (seen above after all the Kilz was on the walls and I think the ceiling was completely done at that point).  Alvah's allergies flared, so his sleep schedule went to crap and he became super needy during the day as a result.  I suddenly had a ton of end of the year things to do for school, including doing IEP updates, work samples and getting final grades together.  It's been nuts. 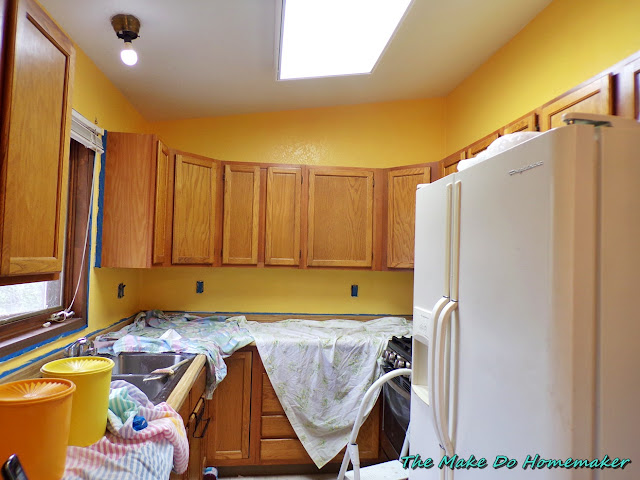 Bright side, I got all of the school stuff done and in on time.  And, despite fighting to get the painting done while the kitchen was completely torn apart (thank goodness for the electric pressure cooker this week as it really helped us from having to eat out way too much), I finally got the final coat of paint and the counters re-caulked today.  The above pic was after I put the second coat of paint done, but before the painter's tape was removed. 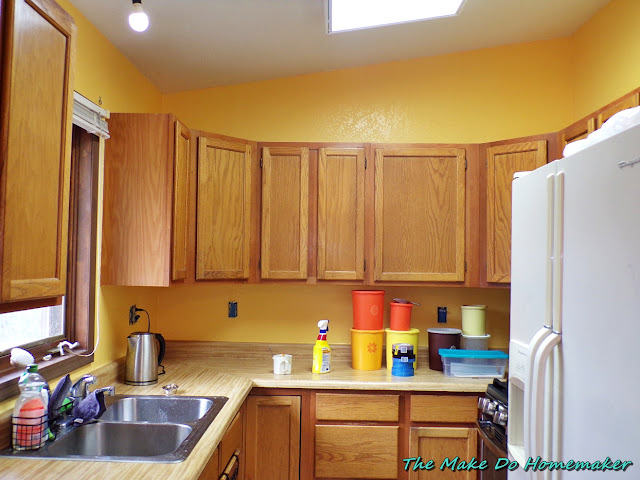 And here it is after I got the majority of the painter's tape removed, the counters re-caulked and the caulk painted to match the paint.  I still got a bunch more to do to get the kitchen where I want it, but yay for the paint being done!

When it comes to money SAVING things that have happened the last three weeks...honestly there isn't much to report.  I ended up buying pork and chicken through our local butcher shop to add to the freezers as trying to find those things at the store was impossible.  I bought things from Amazon as things broke around here (like my coffee grinder that I'm using to grind wheat until my back ordered wheat grinder gets fulfilled and shipped out) or things were outgrown (like socks for the kids).  I am not going to complain about any of that as I KNOW how lucky we are right now.  My husband has been able to keep his job during everything that has been going on and has a regular paycheck coming in on top of that.   I'm counting my blessings and feeling grateful for what I have right now.

Anyway, there is some things in the money saving department I did the last three weeks, so I will list those to maybe inspire others to help them save a few pennies.

1.  I decided to take advantage of the online ordering and pick up for groceries the last couple of weeks.  I have found I really kind of like it as it allows me to sit there and think of what we need, compare the ad and figure everything out before I finalize my order online.  Also, by staying out of the stores I've found that my grocery budget has been cut significantly because I'm not picking up deals while I'm in the store, but instead focusing on things I'll use or on things we really need around the house.  It has made, "shopping from a list" take on whole new meaning for me.  It has been interesting as I never know what I'll get when I go to pick up my order.  Things have been completely out of stock or substituted, sometimes to a nice advantage.  For instance, I ordered some large limes as they were on sale and the grocery picker had to substitute small limes and only charged me for two limes instead of five to make up for the smaller size.  The small limes were plenty juicy enough and I was able to use able to make the recipe I had in mind without having to substitute any bottled lime juice to make up for any type of shortfall, so it worked out well.

2.  My husband's and my bed just out and out died last week.  Suddenly we were both sleeping in holes, essentially.  I was lamenting the fact that the mattress and box spring was only two years old and decided we'd just have to go and get a new bed, but my husband looked at it and determined that it was the box spring that really died, so he asked me to just get a new box spring first and try that.  We went and got a new box spring (well, I went into the store in my mask while the husband and kids waited outside, anyway).  So far the new box spring is working well and was a LOT cheaper than buying a new mattress and box spring, so that saved some money for sure even if it ends up being only for a little bit (if the mattress should go the way of the box spring).

3.  I had to break into some cans of long term food storage the last few weeks.  The lids to the #10 cans were broken, so I poured the contents into some empty Tupperware containers I had around the house and then I took the empty cans and put them aside to use as planters for things like lettuce in the next few weeks (it is still awful cold around here, so I haven't planted anything yet).  I'll put the cans on the deck under the eaves of the roof to hopefully help the plants to survive any frosts we'll have.  The planters won't last more than a season, I'm sure, but the cans are free,  so here's hopign they work well for this season.

4.  I submitted my children's work samples, progress reports and IEP updates online through the homeschool website, thus saving me time and postage doing it the old fashioned way.

5.  We took advantage of some free for a limited time shows on Amazon Prime and the kids got to watch some programs they had been wanting to see but I hadn't wanted to purchase.  They'll be able to watch the programs for free until the end of the month as part of an Amazon "for a limited time" deal they have going on to get people hooked on the programs.  The kids have already watched the shows they wanted to watch and have kind of moved past the programs and onto other things, so I'm glad that I didn't give in and buy the programs earlier :).

6.  Speaking of Amazon, I found a really fun little film called "Little Forest".  It is subtitled and takes place in Asia (just to give those who can't see the subtitles on their TV very well a head's up), but I really enjoyed it as the story revolves around a woman who associates memories, happiness and everything in life around food.  Since I'm much the same way, I absolutely loved the movie :).  Another fun, oddball, kind of movie I found was "This Beautiful Fantastic" which revolves around a woman who has to get her terribly overgrown mess of a garden up to snuff or be evicted.  In the process she ends up going from an orphan who had grown into an OCD kind of an oddity into her own woman and ends up finding a family in her adventures with her garden.  It was a fun movie and I love how it revolved around gardening and the beauty that hard work makes.

7.  Our insurance company gave us a discount for our entire policy term to help with the expenses from the Corona virus.  We took the money from the discount and went and bought a new Soda Stream machine, some flavored syrups and some Coke syrup from the main Coke distributor in the area.  We have, so far, gotten the son to drink the new "fountain soda" with the Coke syrup, which is great because I've been able to make his soda weaker than he was drinking it out of the cans this way AND it gives me a good way to start trying him on different flavors of "soda" this summer.  I bought some all natural syrups in flavors like grape, strawberry and so forth to try him out on.  I am really hoping this will be a good way to transition him into drinking real juice.  Even if I have to add sparkling water to said juice...heck I'd be happy with that!

8.  I used up a bunch of stuff in the pantry, fridge and freezer that needed to be used up.  We ate pork enchiladas one night to use up some canned pork that was way past its "best by" date.  It worked well and we all enjoyed it.  I used up some sweetened condensed milk that was sitting in the fridge for quite a while and used it to make limeade/Brazillian lemonade with the limes I got at the store.  It was a nice treat and went well with the cuban pork roast I made that was made from a pork roast that was getting kind of freezer burned from the depths of the freezer (and where one of the limes I bought went *laugh*).  I will use the leftover pork roast to make Cuban sandwiches (minus the ham as I haven't been able to find any at the stores...sorry Cuban sandwich purists *laugh*).

And yeah, I'm going to call it good there as the son is demanding attention and is going grumpy on me.  I hope you all have had a good month and are getting things done if you have a list you want to get done :).
Posted by Erika, "The Make Do Homemaker" at 9:30 PM 7 comments: 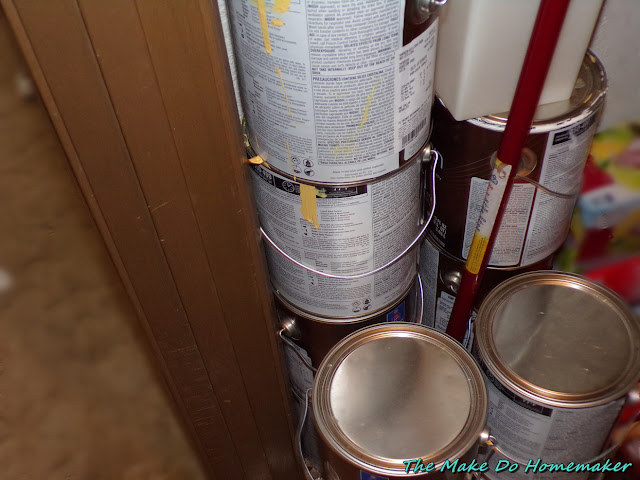 Wow.  This is something I haven't done in quite a while if the auto fill for the photos on this post was any indication.  Whoops.  Luckily, one of my goals for this summer is to get more organized, so hopefully I'll be able to get back into the "writing down goals" frame of mind!

When it comes to goals this month, I have a ton to do, so writing it down will hopefully make it more manageable in my mind to get things done :).

So, without further ado, here is my goals list for the month! 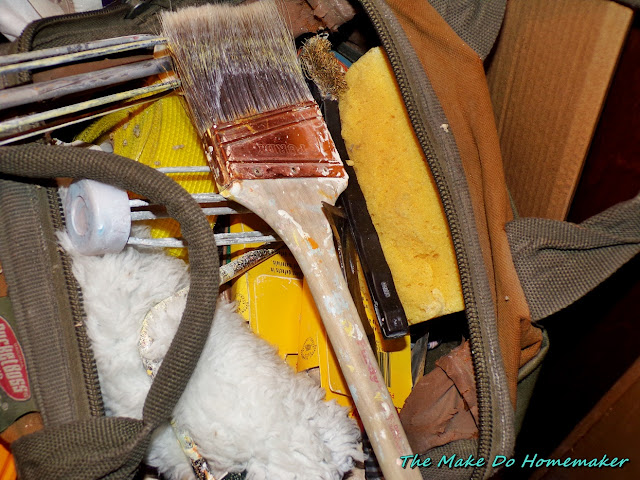 Homeschool Goals (yup, I have some)

And there you go folks.  Some of the goals I have for the coming month.  I have a lot of work to do, so here's hoping I can get some of it accomplished :).

How about you?  What's on your list for this month?
Posted by Erika, "The Make Do Homemaker" at 3:26 PM 4 comments: