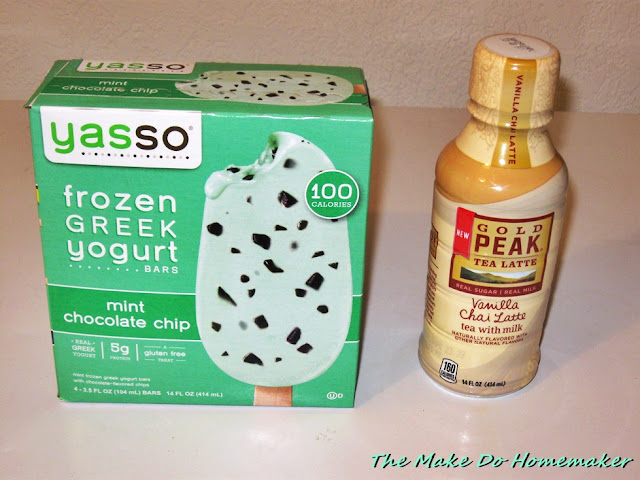 Late again.  Ugh.  In this case it was just a really busy weekend, so I didn't have a lot of time to blog.

The plumbing is KIND OF fixed.  My husband changed out a mixer valve that had failed, that luckily was easily accessible from the hot water heater over the weekend, but the week was REALLY touch and go trying to make the hot (or should I say warm) water work well enough to actually clean things.  I ended up boiling water to add to the sink and doing the dishes that way a few times just to try and keep on top of the housework a bit.  Replacing the mixer valve gives us hot water, but it's still going warm quicker than it should, so we ended up turning up the hot water heater by degrees until it is hot enough to stay hot for a while.  So, we're down to another mixer valve being in the wall that has failed and screwed up the system, which is definitely in the scope of probability, and the other is that the hot water heater needs to be replaced.  One, we don't have time to do (ripping walls apart) or the money to repair the damage we might have to do and the other we definitely don't have the cash to shell out to replace (the hot water heater), soooo we're just dealing with the hand we've been dealt.  At least I can do laundry and dishes now.  Maybe not the in the same day I want to give the kids a bath (we shall see as we turned up the hot water heater to high today), but it's to the point we can adapt anyway.

For the time being the laundry room is put back together, we only had to spend about 100.00 on more plumbing supplies (better than having to spend money on a plumber too) and that area is at least calming down.

Thanksgiving/Friday went pretty well and the turkey turned out better than it ever had before, so for the first time the turkey is almost gone.  We have one turkey leg left and that's all she wrote :).

Saturday, while my husband was tearing the plumbing further apart, I put up the Christmas tree with the kids and we got the majority of decorations set up. While pulling the decorations out of storage on Wednesday (since it was the last day I'd be able to do it before the kids were home), I found that a bunch of stuff in our storage van had collapsed.  Due to the 80 mile per hour gusts of wind we were getting earlier in the week (in Alaskan terms those conditions are known as "breezy") or due to some earlier unnamed earthquake, I don't know, but we have at least one bookcase that collapsed forward and broke in half that I got to break off and get out of the way to get the Christmas decorations out and into the house.  So, this Spring (or at some point when we have a freak heat wave or something) the husband and I will have a mess to clean up.  At least the Christmas decorations came through everything alright.

So, yeah, past that it was a relatively quiet weekend, so let's get to the frugal adventures of last week shall we?

1.  I did end up going Black Friday weekend shopping at JoAnn Fabrics.  I was there for some of their really deeply discounted Doorbusters.  I looked at the wreaths they had marked down to 2.99, but wasn't impressed at all, so I ended up getting some .59 gift tags and a big roll of wrapping paper for 1.49, since I am finally running low on wrapping paper.  I was happy that at least they did have that stuff in stock, which at least justified the trip.

2.  I went shopping today.  Due to the plumbing bill hitting, we were getting really low in the checking account, so I wanted to get the bare essentials to get the son through till payday.  I did, however, hit Fred Meyer while in town in the hopes of getting the free Frozen Yogurt bars from their 25 Days of Merry that was today's download and the Sierra Mist Twist freebie from Friday.  The Sierra Mist was completely sold out and the cashier I used said they don't give rain checks on freebies, so I walked away empty handed on that one, but I did find the frozen yogurt bars, which I was happy about as I knew those were going to sell out QUICK.

I then ran to Carrs and got milk and "boy food" to see us through till payday and while there got a freebie they gave me which was a free chai latte or free cold brew coffee latte.  They didn't have anything but the chai lattes in stock, so I got the vanilla chai latte flavor.  That will be a welcome change of pace to drink on errand running day (shot of freebies seen up top).

I then got home and realized that our check for our escrow over payment was in and I found out that we had a small paycheck waiting that my husband had gotten for a couple of hours of side work he'd done, so I ran and got that paycheck and put it into the bank along with the refund check.  It didn't equal out to a tremendous amount of money, but it definitely helped to pad out the checking account a bit more to my comfort until we get paid (which should HOPEFULLY be tomorrow).

3.  I fixed a lost button on a shirt (and have another one to do for my husband that I forgot about until this moment...oops).

4.  We dropped off yet another big bag of donations at the used store last week and stopped in at the used store while we were there.  My husband mentioned that he needed some new t-shirts (to wear to work) and could I look at the jeans for him while we were there (he was fielding the son).  The store had a certain color tag on sale buy one get one free, but I could only find one shirt in my husband's size that was in decent shape in that color tag, so I told the cashier that when I checked out and she instead gave me the shirt for half price!  Definitely worked for me!

5.  When the son got cranky over the weekend, we took a drive around and looked at all the Christmas lights that were up in town already.  We aren't getting much sunlight this time of year (the sun was starting to go down at 2:30 this afternoon for instance), so it is kind of nice when you can go and look at Christmas lights as it helps to break up the dark a bit.  The kids really enjoyed the drive and it didn't cost us much gas as it was close by.

6.  I conglomerated numerous errands into one day of running today, which meant I wasn't home all day, but it also will conserve gas in the long run and it will help to conserve my time later in the week.

7.  I started planning and cutting out Christmas gifts from materials I had on hand this last week.

8.  I ran out of #2 coffee filters this last week, which was so depressing to see the last of the clearance filters I bought so long ago run out.  I went to the store and my jaw dropped at how much #2 filters were costing.  Taking a chance that I could fold the bigger filters if need be, I grabbed a box of #4 filters for WAY less and came with way more in the box.  When I got home and compared the #2 filter that I had left to the number 4 filter, I found the bottom dimensions were the exact same, the #4 filter was just taller and and wider on top where it was taller.  So, it ends up sticking out of my coffee mug cone, but works perfectly well.  So, score on that discovery :).

9.  The kids (read: son) started insisting on pulling out Christmas shows to watch as soon as the decorations were up.  I am making sure to do ONE Christmas show per day so that we don't get burned out watching the same DVD over and over and over again (although both kids have been binge watching "The Christmas Toy" in their rooms, which fine by me so long as I don't have to watch it 18 times in a day!).

10.  I walked away from a few deals that were tempting this week, but I knew it would strangle the bank account more than I wanted it to be, so I let them pass by.

And yeah, there's some of my frugal adventures for the week.  If you have e-mailed me the last week and I haven't replied, sorry about that.  I've been busy!  I'll try to reply to you soon :).