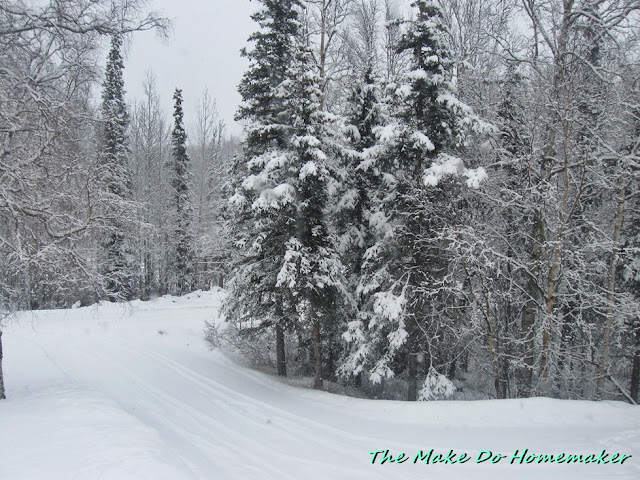 March.  Man, March. Traditionally this month has kind of sucked for me (don't know why, but it's just the way it is), but this month has tried to break some records.

First an update on Shani.  She got her second opinion.  Turns out she doesn't have colon cancer.  She instead has neuro endocrine cancer.  Stage 4 was correct, though.  It's a very rare form of cancer with a very short life expectancy.  She went in earlier in the week and had the obviously destroyed part of her colon removed so she could at least eat again and is, if the infection in her incision clears up quickly, going out of state to probably Texas to put up as much of a fight as she can against the cancer at a cancer center there.  Thank you all for your prayers.  They are helping her mood if nothing else.

I'm not sure if we're going to get to make soap before she leaves for treatment, as time is of the essence if she wants to even try to fight this cancer, but we'll see how the weekend goes.

I put in calls to everywhere trying to find my son a speech therapist in the Valley and am having 100% no luck.  Lots of waiting lists when I can get a hold of someone, but no speech therapists calling me back for the most part.  I'm going to continue to call and see what I can find, but I might end up paying the literacy center for their program just to keep my son in some type of therapy here.  Depressing to say the least.

The icing on the cake on my week was finding out from a neighbor that our Community Council, with no input from anyone in the area if they wanted to it or not, decided to okay putting in a heroin treatment center in my neighborhood.  More specifically in my back yard.  With easy access to four schools in the immediate area, lots of homes with young children, including MINE, and no access to any services that addicts might need near by (like say, oh, a hospital), but not far enough away from things like drugs to do addicts any good in THAT way either.  Great location for one of these to go in (sarcasm gets me through sometimes).  So, now all of us in the area are going to have to fight this from going in.  If it passes I'm going to seriously have to look at moving pretty darned quickly before my property values tank so much I can't sell or, worse, my kids run into weird people in my yard or other things I don't need them exposed to.

Oh and top that off  with March deciding it was going to go out like an ex that just doesn't catch the hint (seen up top).  After 28 days of decently dry weather, our thoughts turned to Spring.  But, nope, darned March anyway.  Snow this week which would melt during the day and turn to ice under the snow, with our road not getting plowed, it just made getting off the road onto the main drag really difficult. Then having to pick up the kids early a lot this week because my daughter is growing and it's throwing her stomach condition into a tizzy.  And an IEP for my son, which are always fun because you walk away with a list of all of your child's shortcomings and you feel like you are the worst parent ever in the creation of time.

I'm fatigued on levels that I forgot I had.  I feel like I've just been hunkered in a foxhole this week with bombs exploding all around me.  I just...ugh.  You know ever since I was a child and things were always so stressful with my parent's marriage and then the divorce and everything that went with it, all I ever wished for was a nice, boring and predictable life.  And the Good Lord has seen fit to turn that on it's head my entire life.  I'm kind of tired of it.  I want boring and predictable.  SO, SO badly!

Anyway *shakes head to help clear mood* there were some money saving things that happened this week, so let's focus on those instead of the black cloud of "blahhhhhhh" that hangs over everything right now, shall we? 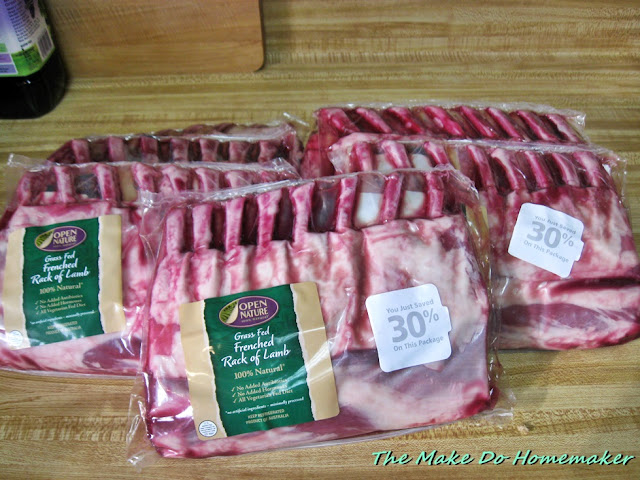 1.  My biggest, super hugest, most awesome score of the week was on the shopping front.  I did my shopping at Carrs just because they had sales on things we normally buy this week.  I went online, like I always do, and loaded my personalized deals and coupons onto my card before I went and was shocked when I saw a personalized price of 1.86 lb on lamb rib chops or roasts.   I was like, "Nah, those are normally 14.00 lb, there's NO WAY that they are actually giving me 1.86 lb on those (I was wrong by the way, it was 12.99 lb normal price)."

So, I went to the store, got the few groceries I needed (our usual stuff, Doritos and the like for the son and such) and headed over to the meat section.  And I scored pay dirt!  They had lamb rib roasts marked down 30 to 50% off!  I looked at the prices on them and flinched, worried that the personalized price per pound wasn't going to work (I mean when you are staring at a roast that has a 30.00 price tag on it for a teeny, in portion to the price, little bit of meat, you tend to get nervous), but I still loaded up my cart with the roasts they had on clearance, which was a total of 10.  I got up to the register and explained the personalized price thing to the cashier and asked him to do a trial run with the first roast and he even said, "There's no way that is right.  They had to have given the wrong explanation on the coupon." I completely agreed with him, but was curious to see if it actually worked.  And I watched the price on the roast go down to 3.00 when he hit total down from around 30.00!!!    The sub-total started at well over 300.00 for the order.  After the personalized price and discounts were taken off?  40.00 for everything!!!  Boo to the yahhh!!!!

I went back today to see if they had any more roasts (I had to pick up a prescription I forgot yesterday), but struck out.  But, yay for having lamb in the freezer.  I feel like "The Galloping Gourmet" with the "fancy" lamb in my freezer.  This is the first time EVER I've had lamb rib anything in the house as I'm too cheap to buy something like that *laugh*.

2.  I started looking up different soap recipes to see if I could find a couple for Shani to choose from when she came over to make soap.  Since I was looking for soap not made with castor oil, I hit a bunch of different free books on Amazon to see what I could find.  I didn't find anything in the books, but hey, at least they were free to read.  I found a couple of recipes online, though, so that was a good, free way to find some recipes.

3.  Instead of buying aluminum foil from Amazon, I found a sale at Carrs on aluminum foil this week and was able to use a coupon I had to get it for 1.00 less than Amazon.  It's the store brand vs. Reynolds, but I'm willing to deal with it for the sake of saving a dollar at this point.

4.  I melted the end of my shoe lace to stop it from fraying and driving me crazy instead of going out and trying to buy a new pair of shoe laces.  It worked great and will hopefully extend the life of my shoe laces (the cat got a hold of the end and unraveled it last week).

5.  I mended a hole in a comforter this week.

6.  I gutted part of my freezer and reorganized it.  This allowed me to not only stop things from dropping on my feet at a moment's notice, but also gave me a good idea of what needed to be used up on those shelves.  I'm planning on doing more of that in the coming weeks to make sure that nothing goes to waste.

7.  I fixed a few of my daughter's toys with super glue this week.

8.  I double checked to make sure all of the heaters in the house were off and found one of the electric baseboards downstairs was turned on, low but it was on.  I had forgotten that I turned it on a while ago when Shani was over because she was cold (she did home speech therapy with us) and I figured it would be quieter than having the forced air running if I just ran the electric heat.  I can IMAGINE what leaving that on did to my electric bill the last bit, but I'm glad I am paranoid and checked so it got turned off.  Kind of cutting off the bleeding at that point, but better than nothing!

9.  My son ran his teeth over a DVD and I was able to repair it so we didn't need to replace it.  Yay for DVD repair kits!  We've had the same one forever and I just buy a refill, which is getting harder and harder to find, when needed.  It doesn't save all DVD's that get injured, by any stretch but even one save pays for the refill kit.

10.  I listened to a bunch of different music for free through YouTube and Amazon Prime this week as I did housework.  I love being able to carry around my tablet and play music while I work.

And there you are folks.  Some of my frugal adventures this week.  How did you do?
Posted by Erika, "The Make Do Homemaker" at 10:04 PM