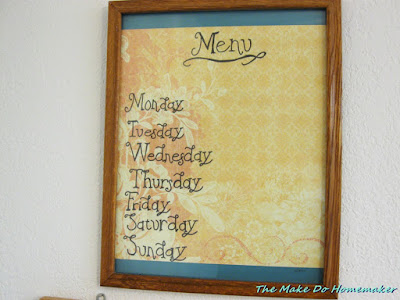 I swear with how life has been going, I need to start a new calendar system.  The, "Darn it, I REALLY wanted to do this on the right day, but have yet been able to do it!" calendar.  Although, I might have to work on a shorter title *laugh*.

First, I just want to thank everyone who has sent prayers for Shani.  She spent all weekend in Anchorage admitted to the hospital there to get a second opinion on her condition.  After loads of tests, but as of yet no answers or opinions, she's getting discharged today.  At this point we still don't know what the future holds, but she was very touched when I told her of all of the people praying for her and she asked that I tell everyone, "thank you" for her.  I'll keep you all updated as we know more.

I spent the last two days on the phone with various therapists trying to find openings.  Even our old OT is double booked right now, so I was quickly losing hope of having Alvah in any type of therapy here soon and getting desperate of him losing skills and things once school was over for the summer.  My sister-in-law had been sending one of her boys to a literacy center and highly recommended them as they had done wonders for her son, so I called them and got really excited when they started explaining their program for lower communication functioning kids to try and help them learn to talk (she's worked with severely autistic children before and had a lot of good luck with the system).  And better yet they have openings!  Then I found out that they don't take insurance and at 65.00 per session...that could be a problem with our budget right now, even though I'd love to see how the program worked on the son unit.

When I explained our financial situation to the nice woman, turns out she knows a speech therapist (a good friend of hers) who takes insurance, has a REALLY good reputation (I had heard of her through the grapevine, but could never find anyone who had a number to reach her as she'd moved to the Valley from Anchorage a couple of years ago) and could be brow beat...errrr...persuaded, to probably take Alvah on as a new patient (her words, not mine *laugh*).  She called back today and gave me the gal's number as she might have an opening as early as next week but the most we'd have to wait is until summer, so I called and left a message.  Here's hoping.

At this point, I might still try and wrestle money from our meager budget to get the son in with the literacy center a couple of times a month as a supplement to speech therapy to try him out on their system too, but I have to sit down and seriously crunch numbers to figure out how to make that happen.  Bright side is that at least the electric bill will start going down here with summer coming and the sun coming back, which will be a welcome relief on the budget (400.00 a month during the winter for electric between lights and heat just kills you).  Once next winter hits...I'm not sure how that will go, but at least by that time we'll HOPEFULLY be well entrenched at the new job and we'll have a good hold on where our finances are (what a wonderful thought :), so I'll have time to plan for things.

So, anyway, man I'm busy.  Right...menu plan for this week!  The last couple of weeks it's been a true miracle we've eaten, really.  I was so sick week before last and then last week was just so...much...that we ate out more than we wanted to and just felt good to have survived everything, really.  So, this week I was determined to get back on track and work on getting meals planned out.  I'm using easy meals, ones that I can make ahead (like chicken salad) for eating later or something I can stick in the crock pot and let go, etc.  This is mainly to make sure that I am free to handle the kids so that my husband can go out and work on building the chicken coop (he managed to buy material this weekend and that was it), preferably before the rain starts moving in this weekend (sounds like, from the weather report, we'll be making soap in the garage this weekend.  The husband will be thrilled *laugh*...you really stink up the place when you make soap).

Sunday:  Tacos with Spanish rice and refried beans (make those in pressure cooker)

And there you are folks.  Our menu, and quick update, for today.  How about you?  Making anything good this week?
Posted by Erika, "The Make Do Homemaker" at 3:33 PM