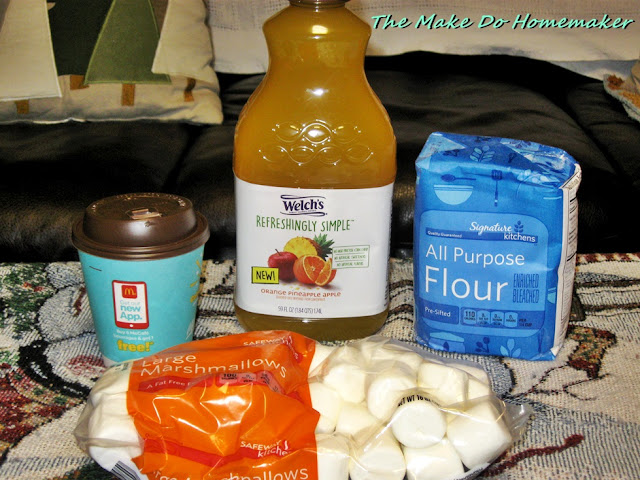 Well, today has been kind of stressful.  My son got a hold of another kid's cookie in his class before anyone could stop him today and it turned out it was made in a facility that processed peanuts.  Which led to a stressful twenty minutes for his teacher, the school nurse and me (I was on the phone with the nurse) as we waited to make sure he didn't have a reaction.  Luckily his teacher and aides reacted super quick and handled everything quickly and correctly (got food out of his mouth, rinsed out his mouth quickly and wiped anything they could find that resembled a crumb on him, etc).  Now, after everything has turned out alright, I just feel bad for the kid that my son stole a cookie from.

Then I get the mail and I was one of the lucky people whose personal information was compromised with the recent government hack, so I'm on a fraud alert for the next three years along with my kids *scowl*.

And then I make the mistake of opening my electric bill.  Due to the unseasonably cold temperatures of the last month and then the major hikes in electric rates the last six months, my electric bill was astronomically high (like 150.00 higher than normal, high and it's normally high this time of year).  Times like this I just get so discouraged being broke.  I'm panicking over utility bills.  Ugh.  Just ugh.

So, yeah, it was an afternoon for sure.  I am working really hard on not showing my worry over the electric to the kids right now as honestly this is the one time of year where I want the kids to be able to plug in their strings of Christmas lights and just enjoy themselves without obsessing second hand about how much the electricity is going to cost.  At least the lights are LED, so it's not like they are consuming much.

At least some things worked out well on the money saving front this week, so let's get to those shall we?

1.  This was a good week for freebies from the stores.  Carrs offered me some personalized freebies.  I was kind of surprised when I was offered free AP flour and a free thing of marshmallows as I'm not used to baking freebies, but they were appreciated for sure.

I also grabbed last week's Freebie Friday from Fred Meyer which was a container of juice. This, along with some allergy friendly foods I've gotten cheap or free due to coupons over the last year, will be going to the various food drives going on this time of year.  I've had kids with various food allergies through the years and know how hard it is to afford gluten free, dairy free or other allergy friendly foods.  I can't imagine if you are dependent on the food bank or other charitable areas for your food and your children have allergies.  The worry alone would give you a stroke.  So, I try to help out by donating foods that people would want with allergies but would not be able to afford in bad times.  Dairy free chocolate chips, rice pasta, gluten free gravy mix and things like that could be the difference between a holiday of pure survival and an actual enjoyable holiday.  So, I try to help out where I can.

2.  I combined trips when running my errands and while I was out, since I was out a good portion of the day running from store to store and such, I used a coupon we'd gotten off of a french fry we'd bought for my son when he was sick (McDonald's french fries are one of his food groups)  for a free small coffee.  That was the only thing I had to eat all morning, but it worked out alright and kept me going and it was nice having something hot to drink in the frigidly cold temperatures (seen above with the other freebies I got that morning).

3.  I also had a freebie that Sears e-mailed me for a free foot care kit or a shoe care kit, so I ran to Sears and looked EVERYWHERE to see if they carried either one.  Which they didn't.  I felt kind of stupid for wasting the ink to print the coupon they sent by the end of it, but by crawling through the store I was able to find some really nice and well built clearance socks for my husband for Christmas.  They were about 70% off with the markdowns, which was definitely worth it by the time it was all said and done.

4.  I was able to remember, despite my son (per usual) not sleeping, to drop off some toys to the local "Toys for Tots" box.  My grandfather was a proud marine, so I try to donate to "Toys for Tots" when I can in his memory instead of just dropping the toys in a random toy donation box :).

5.  I dug through my freezer and found the pork pieces and pork bones with meat left on them from cutting up pork shoulder roasts.  I put them into a pot and made bouillon to go over the top of the bones and meat and then added all the vegetables that were sort of past their prime from the pantry and the fridge.  I was actually really impressed how much meat came off the pork bones and the vegetables came out tasting wonderful with how flavorful the pork was.  My husband and daughter I just spooned out the meat and vegetables for, but I ate mine with the broth like a stew.  My daughter wasn't happy about it, but she did eat it (she doesn't like vegetables) and my husband was happy that I didn't make him eat soup.  Overall, we got three days worth of meals out of two big pork bones and a bunch of stock, so I was super happy with how that turned out.

6.  When I realized we were going to be out of bread and not have any for toast this morning I quickly made bread last night and we were even able to enjoy it with the leftover pork and veggies.  I was happy I did that as it saved me money when grocery shopping today and took a load off of my mind on breakfast this morning.  By the way I love this recipe for bread when I'm in a time crunch.

7.  I kept the lights out as much as I could this last week to avoid wasting electricity and I turned down the heat when I could during the day to try and keep the utilities as low as I could.

9.  I made our meals at home, which saved us money.

And there you are folks.  Some different ways I saved money this week.  How did you do?
Posted by Erika, "The Make Do Homemaker" at 5:16 PM