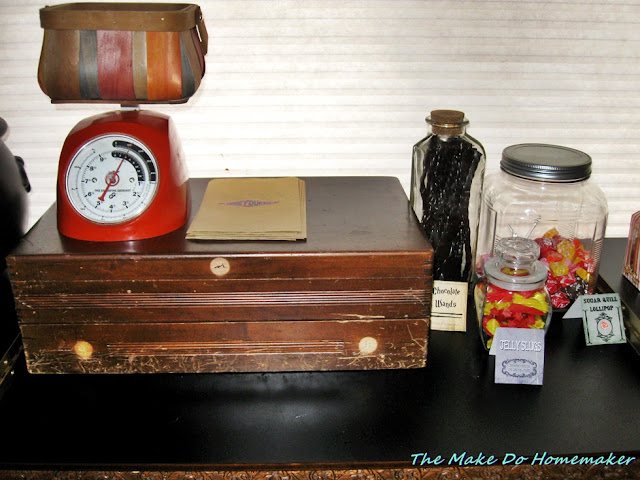 Man, I feel beat on right now.  I ache, I'm exhausted and I have to fight wanting to cry on and off.

And I'm not the one who suffered the allergic reaction.

We went into the allergist this morning to get my son a peanut tolerance test.  We've asked about one for the last three years when we'd go in as when he got diagnosed with a life threatening peanut allergy the kiddo ate peanuts all the time and never had a problem, but the allergist told us to continue to avoid them and we had.  But, with so many environmental allergies to his credit (grass, trees, animals...he might be allergic to oxygen for all we know...and man I WISH I was kidding) we kept wanting to test him just to make sure the peanut wasn't a false positive due to a environmental cross reactive.

And we finally found an allergist who was willing to listen and was more than willing to try with us to see what would happen.  She warned me going in that since he hadn't had peanuts in four years there was a chance that he would have developed a peanut allergy as that has proven to be the case in a lot of people, but we went into the office this morning hopeful for an uneventful and boring morning.

Well, I sure didn't get that.

We started with barely a sliver of a peanut butter cup.  I mean I was worried he hadn't gotten more than a dust particle but the time I shoved the now-unfamiliar food into this mouth.

And that's all it took.  Within five minutes his face started to swell.

It was terrifying.  The allergist asked me to give him the epi-pen if I was able as it was a good practice run for me as I'd never actually had to GIVE him one before and my husband agreed.  I'm glad they did that as it had been so long since I ran the trainer (four years) that I would have tried to put it into his thigh upside down and stabbed it into my own thumb.  They quickly explained to me what to do, I stabbed the thing into his thigh and waited with my heart in my throat as I counted slowly to ten.

Luckily the epi pen worked pretty much immediately.  My poor son was nauseous at first and we were worried he might be having problems breathing (hard to tell when someone can't talk) but luckily that cleared within a few minutes.

An hour and a very slow dosage of Benadryl later (unfamiliar flavor so I had to get two teaspoons down him one half a milliliter at a time) and we were able to leave with a script for refills for his epi-pens for the school and me making darned sure I was loaded for bear when it came to having extras so I could have them in every coat, in my purse and one for my husband to carry on him as well.

Instead of being relieved about his peanut allergy, I'm more paranoid than ever.  My stomach is a big knot of worry over my son's future.  Being autistic, what happens when I'm gone with a life threatening peanut allergy that might never go away now?  Will others be as careful as I am?  What, if when he's an adult he doesn't get what his peanut allergy entails?  I am so scared for him right now and he's still a young child.  I'll be grey by the time I'm 40 the way I'm going.

And I feel so terribly guilty for keeping him off of peanuts for so long that his allergy is so severe now.  My husband kept saying when he was first diagnosed that he didn't think he was allergic to peanuts and was wondering if there was anything we could do to test that (I mean the kid ate peanut butter cups ALL THE TIME back then), but I listened to the doctor and just kept him away from peanuts.  Now to see how severe his allergy has become it just....it doesn't make you feel like a stellar parent let's put it that way :(.

Anyway, it was a long day, let's put it that way, but there was some good points to the week as well and I was able to save some money.

1.  I started getting some of the Harry Potter decorations done for Halloween (seen up top).  I used the good old internet, a printer and some glass containers that were floating around here and there in the house to make some candy jars for some "chocolate wands" (chocolate Twizzlers), "jelly slugs" (sour filled Twizzlers cut into pieces) and some "sugar pops" (which in the container I just put some Starbursts as they are my son's favorite candy and some Tootsie Pops...I kind of ran out of containers for now).  I also poured some Starburst Jelly Beans into the "Bertie Bots Every Flavor Beans" container I printed off and made, which my daughter LOVES.  I've got a few more things of candy to buy (to Target I will go) and put into jars and some other little cool touches to get done to finish up my "Honeydukes counter" as I'm liking to call it (thus the scale, which I need to find a decent tray for) and I think my daughter will be happy with the effect for Halloween (and pre-Halloween.  I tend to let the kids eat a piece of candy a day for a bit before Halloween and that way they don't feel jipped when they don't get to go Trick or Treating with my son's allergies and all.  They love it and it has worked well so far).

2.  I avoided going to the store as much as I could this week to avoid spending money.  I had planned on shopping today to get the 5.00 cat litter that was on sale for 5.00 Friday but after the events of this morning I figure I'll just pay more for the cat litter tomorrow.  I'm not going to drag my son around grocery shopping today if I can help it and the kids are off school today, so that's what I would have had to do).

3.  I bit the bullet, swallowed the lump of worry in my throat and slapped a hefty payment onto my husband's Care Credit bill to try and pay down his outstanding balance enough that when my daughter's braces bill gets kicked onto it that HOPEFULLY it won't equal out to a car payment in heft (my daughter's teeth are just a set amount a month instead of a promotional period to pay off the bill, so we're going to have 122.00 a month added onto my husband's tooth bill which is standing at about 220.00 a month right now).  I only have till April to pay off my husband's tooth balance on his card or we're going to get nailed with deferred interest charges of 3000.00 and counting right now, so I'm really trying hard to pay that portion of the bill off by then.

4.  My son needed new shoes this week as his other sneakers were really bothering him and falling apart (last time I buy shoes at Target) and so we went to Payless Shoes and got him some new sneakers and gym shoes.  One brand of shoes was on sale as well as the socks, so I was able to get him some new sneakers, gym shoes (he grew 1/2 a size in shoes which is probably one of the reasons why shoes were bugging him at school) and socks for a little less than 50.00 for all.  I hated to pay that much out at once (which is sad because normal price the sneakers we bought him cost nearly that much...I'm such a cheap skate ;), but he needed them, so I was glad we did it.

5.  I cooked all of our meals at home which saved us money.  We actually ate quite a lot of left over chicken salad for dinner this week as my husband worked weird hours and I was detail cleaning the house because it needed it.

6.  I really worked hard to figure out ways to use things I had around here for projects instead of having to go out and buy something.  Like I was trying to figure out Christmas gifts for my one niece that loves My Little Pony (my daughter does too).  I was going to try and figure out a way to buy her some toys, but than I started thinking about it, asked my daughter who my niece's favorite pony is (they play ponies when they get together, go figure) and started looking through the things I have and I think I can make her an embroidered pillow for Christmas instead.  At least I won't have to worry about her getting a duplicate Christmas gift that way and while it will take my time to do it, it won't cost much to make.

7.  I mended two comforters this week.  Found two with holes I didn't realize existed as I was folding them, but I'm getting closer to getting caught up on mending the bedding anyway!  Then I can start on the mountain of my husband's socks.

8.  I took my daughter to Target early this week to learn a valuable lesson in money management.  She got some money from the tooth fairy for her two teeth she had pulled and I told her she was going to have to use that and the money she'd saved in her coin bank all of these years to pay for a Christmas gift for her brother this year.  She looked through Target carefully and found him a mini soccer ball (he loves to spin balls and slap them) and then she found herself a small toy to buy for herself as well.  She did the math herself and figured out she would get about 1.00 in change and she was right.  I was really proud of her and she was really proud of herself too.  We didn't get anything else while we were there, which I count as a frugal accomplishment for me.  I didn't even CHECK the clearance racks.  And yes, I did pat myself on the back for that one.

9.  And a definite bright point to my week was that my son finally got the results of his assisted technology evals back at school and his teacher and speech therapist were preparing the device today in preparation for Monday and they want to up him to speech therapy three times a week to help to accelerate attempts to help him communicate.  My husband and I are so relieved that something is finally getting done when it comes to helping my son to communicate that I wanted to hug his teacher when she told me the news.

And I'm sure there's more that I got accomplished this week, but that's all my exhausted mind is remembering.