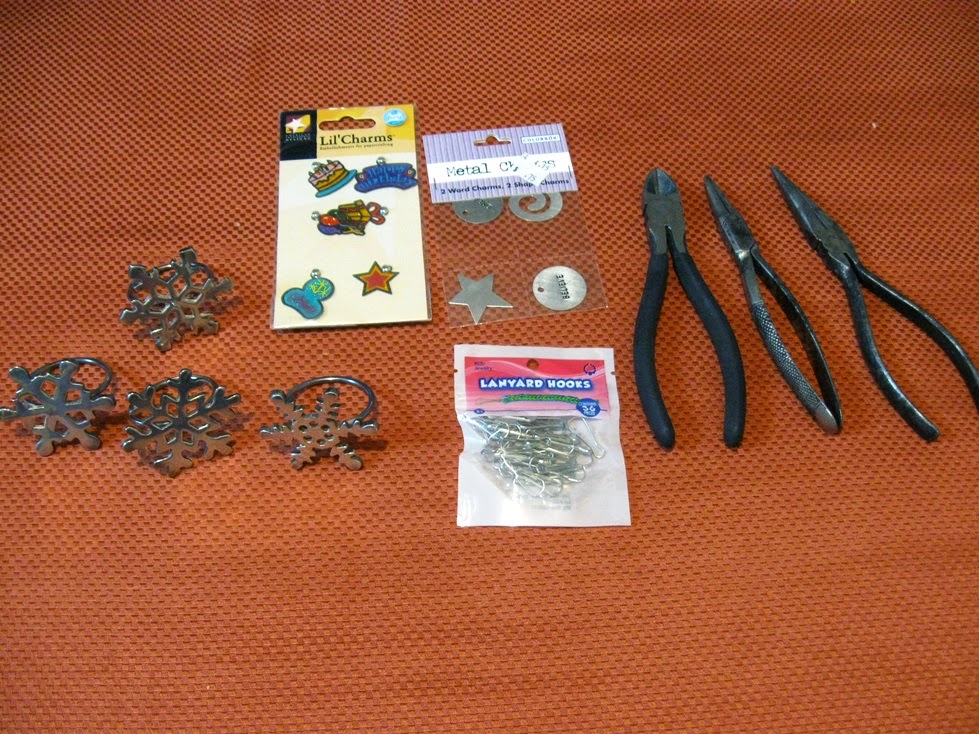 It has been a while since I posted up things that I found at the thrift stores.  Main reason?  There really hasn't been money to GO thrift store shopping and I haven't found overly much to woohoo about the last little bit.  Until this week.  I managed to find my son a couple pairs of pants and a few t-shirts for summer (two of which were on sale for .50 a piece).

What we got last Saturday is seen above.

Way back when I was in high school (we'll just say a great many years ago and leave it at that) I used to as one of my jobs make jewelery.  I made a decent supplemental income into college doing the occasional piece for people, usually with bead work involved.  It's been a great many years since I got rid of my bead loom, but I am a now loyal blog follower of The Prudent Homemaker and seeing the jewelery she made for her children for birthdays and such really inspired me to get back on the jewelery making bandwagon (as it were ;).

I found beads really cheap at the used stores over the years and have picked them up with the intention of doing something with them.  Back in high school I used to do beadwork and such with just a pair of needle nose pliers and some really thick calluses on my fingers.  But, my husband, a tool guy, knows that you should have these things called "tools" to do jobs with (go figure) and picked me up the tools you see above.  One pair of jeweler pliers/crimpers that are definitely old, a pair of cutters and a pair of pliers.  All three cost him less than a dollar total at a pawn shop (he picked them up with a few other things and got a good price).

My biggest finds were some metal charms that I found for .50 a package and the best find of all, for me, were these... 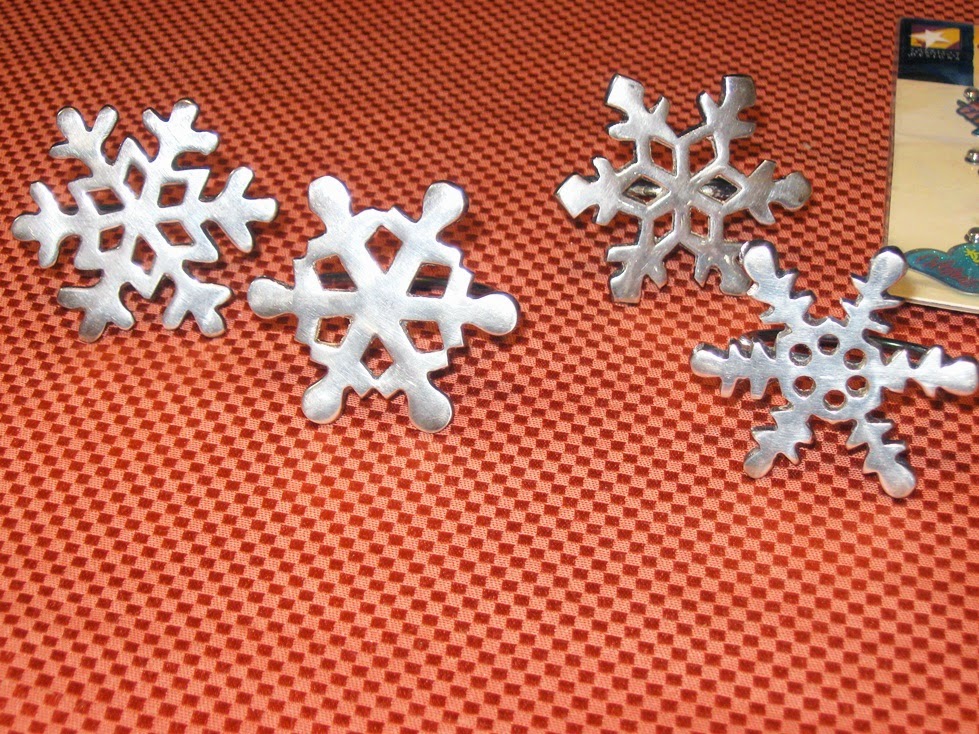 I found a package of four napkin rings at my favorite used store.  There were a lot of different types of napkin rings there that day (I think someone collected them and were thinning their collection), but these caught my eye.  They were in a baggie for .50, but I couldn't really see much of them other than they were covered in tarnish.  Thinking that maybe they were pewter, I grabbed the package (that and I loved the idea of having snowflake napkin rings for wintertime).

When we got home my husband and I cleaned the napkin rings up with some tarnish remover.  My first surprise was realizing that each snowflake was different, just like real snowflakes!  And on closer inspection, we realized that the rings were hand made.  There were small imperfections in width of the metal, tool marks where someone had cut parts of the snowflakes out and even small mistakes where the person was able to save their design, but barely (where they cut things REALLY close)

They cleaned up to a high shine and were actually pretty hard, although they did bend, so my husband and I are relatively certain they aren't pewter like I originally thought.  They don't taste metallic if you put one in your mouth and they tarnish, so we're assuming they are some type of silver plated material.

Either way though they were .50 for all four of them and I absolutely adore them :).

I hope your adventures in bargain hunting went well this week!  We had fun with ours!