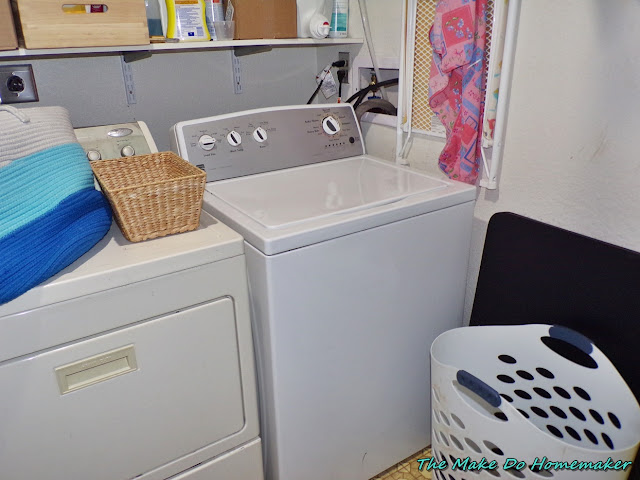 It has been crazy around here.  And not in a good way.  What happened to delay blogging this time?  Covid.  Covid happened.
We aren't sure when or how Armina got exposed as we have been really careful about limiting trips out of the house and using all of the precautionary things that the CDC recommended, but the germs got through somehow.  For her the bug hit like a stomach bug that lasted for about two weeks where she was miserable and with four days of her being really sick, living off of ginger ale and sleeping a lot.  She's feeling better now, thank goodness and so far *knock on wood* the rest of us haven't caught it yet.  But, I've been busy taking care of her and in between deep cleaning and sanitizing bathrooms, repeatedly and very often, to try and stop the germs from spreading further.  All the while we were under quarantine protocols and the son was going kind of bonkers from the change in his normal routine.  I'm just grateful it wasn't worse and that the daughter seems to be recovering just fine, but yeah...it's been an interesting two weeks.
While the husband was stuck at home on quarantine, though, he did get busy.  My sister-in-law had called and offered us her old washer and dryer as a friend of hers had given her much newer machines and she wanted the old ones gone.  Her washer was much nicer than mine in the features it had on it, and it turns out that my washer was miserably small.  I had always thought that I was doing six loads of laundry per day just because I had a special needs kid, and sure, that was part of it, but it turns out that my old machine when compared it to my sister-in-laws was REALLY tiny inside.  I had my husband look up my washer's model number and things and we found out that my washer was basically an apartment washing machine.  Makes sense, really, since the previous owners were an old retired couple with no children living with them, so what did they need a full sized washer for?  But, yeah, as soon as I realized that my washer was sitting at just about 3 cubic feet capacity, I decided that fixing it was out and just getting a new washer was in.  So, my husband switched out my washer for my sister-in-law's old one and got it all hooked up.  I love how I can get my laundry done in half the time and only have to run it once compared to most things that I was having to run twice to get completely clean in the old washer.  The, new to us, washer also spins the laundry a lot better, so I am only having to dry the clothes once compared to twice with the old washer as it wasn't spinning the water out of the clothes right since the earthquake.
The new-to-us machine does have a mixer valve problem that my husband is going to have to fix (I can run cold or hot water, but it will only do warm for a very short period before switching to all hot water and I have to babysit it to get it filled with warm water), but overall I'm really happy with it so far :).
Shot of the new washer is up top. 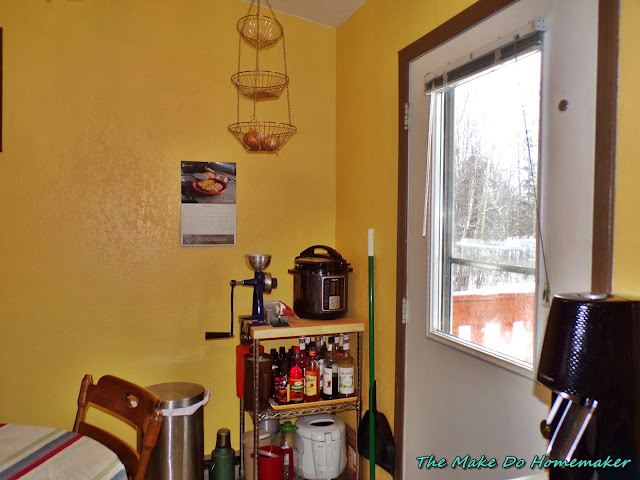 2.  When my daughter wasn't feeling good, but wasn't really really sick, I got some stuff done around the house.  I had my kitchen carts next to each other for a while now, but the daughter kept whacking herself off of the wheat grinder.  I felt bad that was happening to her, so I decided to rearrange the carts to hopefully work better and make it so she didn't get hurt on the carts all the time.  So, I finally rearranged them with one in the corner by the door (where they were before) and was able to get the wheat grinder handle out of the way of whacking anyone this way. 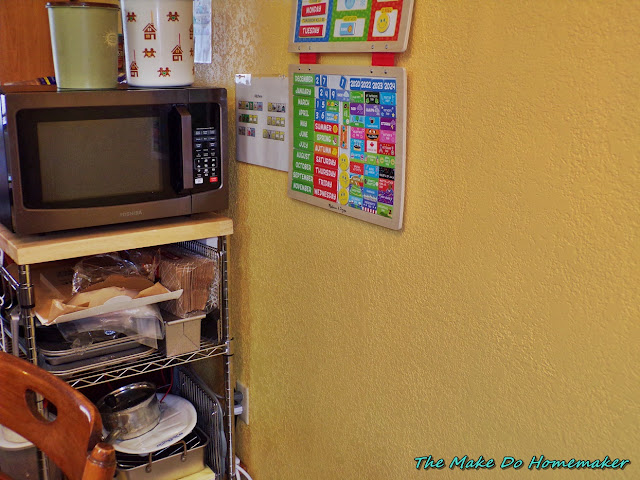 I then moved the microwave cart over by the sideboard (kind of limited in how I place the cart due to the heating vent under the cart that I didn't want to put a lot of weight on, so I had to face it weird to straddle the vent instead).
The new system seems to work well and the daughter isn't walking around with a constant bruise on her arm, so I'm calling it a win :).
3.  Since we were under quarantine, I ordered our weekly groceries online and had my husband pick up said groceries at the store and he had them just drop the bags in his trunk so he didn't expose anyone to anything. I had a coupon loaded on my card for a bunch of bonus points for going over 100.00.  Since we were out of a bunch we managed to go over the amount and were able to get .80 off per gallon for gas as a result.  It resulted in me being able to fill up my truck for a lot cheaper than I would have otherwise. 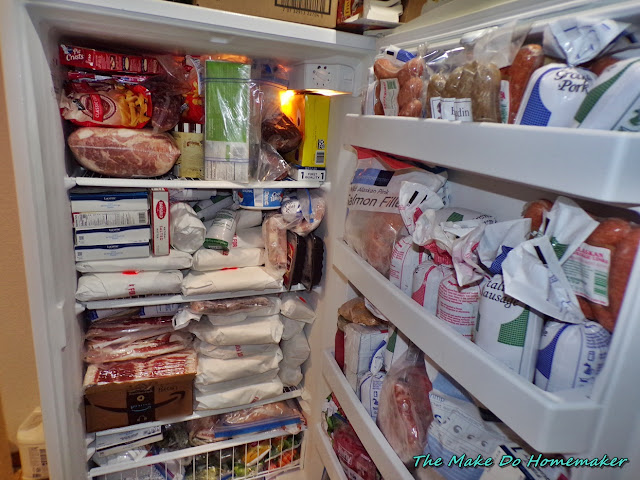