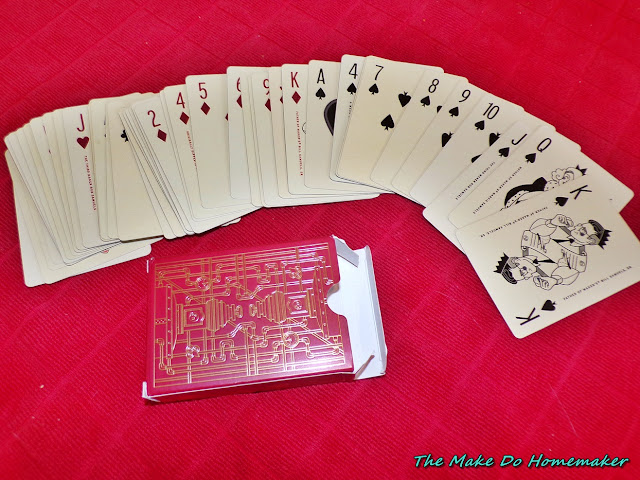 Sorry for those who have e-mailed me concerned that they hadn't heard from me in a bit.  I've actually been kind of sick and out of it the last few weeks, so I haven't been blogging.  Bright side, I'm tired, but feeling better than I was, so at this point I'll take improvement of any type.  And don't worry, it was just sinus issues and such, but nothing too serious.  I'm not complaining, honestly, as we have been a LOT healthier this winter compared to previous years, so I'm grateful for that.

When it comes to money saving things that have happened the last few weeks, there are a few.  So, let's get to those.

1.  Even when I put things on Subscribe and Save with Amazon I always continue to monitor the price on those items by adding them to my cart and then saving the items for later.  Then I log into my Amazon cart a couple of times per day and it will tell you if you have any price changes on items in your cart.  By doing this a lot of times I can start to shave money off of what I'm buying on Subscribe and Save by reordering at the lower price and then cancelling the original order.

Doing this I was able to get a better price on the paper towels I had on order as well as the toilet paper I had put on order as well.  By cancelling my original orders and then reordering them under the new (lower) price, I was able to get another 10.00 to spend (I paid for the items originally via gift cards I got through credit card rewards).  I used that money to order a year's worth of ketchup for near free (I applied another Amazon gift card I had received for taking a survey as well).  I got some Amazon credit via the rewards on my Amazon credit card as well, which I used to order a new trash can for my bathroom as our old one is rusting out on the bottom.

2.  I had ordered my daughter a series of books she absolutely fell in love with at the library (pre Covid) and had been wanting to read the entire series for quite a while (she had only gotten the first two books read before Covid kind of threw monkey wrenches into the works).  She had asked for the books for her birthday in February, but I had quickly realized that the series had been out of print for quite a while and so I had to order the books used from various sellers on Amazon (new the 8 books would have costed nearly 200.00!!!).  One of the books, ironically that Amazon itself was supposed to be fulfilling, never went anywhere after the shipping label was created and after about three weeks I finally requested a refund.  I was then able to order the book through another seller on Amazon for 1/2 the price of the original book, so I was happy with how that turned out.  And the book is down at our package pick up place, so at least THAT copy got here, so doubly nice.

3.  A long while back, when the kids were tiny, I became a Maker's Mark Ambassador.  It was completely free to do and over the years they have sent out some really awesome Christmas gifts.  This year they sent me a free deck of playing cards, which was cool.  The husband has played more than his share of a few solitaire games the last week or so.

4.  The center grill burner on my stovetop was partially clogged and not firing up, so the burner wasn't heating evenly.   My husband took the burner apart, cleaned it really well and screwed it all back together again.  It is working great now.  I'm really looking forward to getting a working hood in my kitchen someday so that the grease problem becomes WAY more manageable, but in the meantime at least I have a husband who can help me to keep things running right.

5.  I cleaned out the laundry room so that my husband can pull the washing machine out and see about fixing it so it doesn't go off balance all the time.  I was rather proud of myself for getting the room cleaned out as there was a lot of stuff stacked up in there (painting supplies and the like), since I was really not feeling well.  So, hopefully this coming weekend my husband can start to figure out what is wrong with the machine and fix it.  I really don't want to buy a new washing machine because of not only the cost, but because I actually DO like my washing machine.  It has a really nice capacity and I can shove a really large comforter into it and save myself a trip to a laundry mat and such.  So, here's hoping he can fix whatever is wrong with it (he's confident he can, so hopefully he'll be able to fix it :).

6.  I finally went into my jewelry box and started wearing jewelry again for the first time in years.  I used to wear earrings every day, but once the kids came along I stopped doing it as the son was always trying to rip the earrings out of my ears or the necklace off of my neck.  Jewelry became a hinderance that was just waiting to hurt me instead of something that I wore because I thought it was pretty.  I thought for sure, after all of these years (like 10 or so) that the holes in my ears would definitely have closed up, but surprisingly my original holes that I've had since I was like 11 or so were just fine!  Since I don't have to carry my son on my hip anymore (heck he's so tall he should start carrying me *laugh*) and he'll listen when I tell him something is hurting and to stop it, I decided I could finally maybe start wearing earrings again.  It has really cheered me up being able to do that again.  I know it's a small, kind of dumb, little thing, but it just makes me feel like I'm doing a little something to make myself feel good every day and it lifts my spirits :).

7.  I received an unexpected windfall, which helped me to pay down our debt load, of which I'm so, so grateful for!

When he was checking out at the store, he realized that the showerhead was coming up at the wrong price.  He pointed it out to the guy checking him out, and they went and checked and sure enough the item was ringing up the wrong price.  To make up for the mistake the cashier made sure to check my husband out at the contractor rate (our account hadn't been used in a while, so it wasn't taking anything off, but the guy didn't like it, so he pushed it through anyway) and also gave it to him at the correct price.  All totaled, by catching the mistake, my husband was able to save 10.00 off the price the item was ringing up at.

9.  I had ordered Alvah some snow boots online back in October (I wanted to make sure we would get them in plenty of time before heavy snow falls) and the order had then gotten completely lost after like a week of it going no where or into random, weird, locations.  I finally asked for a refund on the order (the boots were no longer available, so getting a replacement was out of the question, unfortunately).  Two months after the initial order was made and me completely having forgotten about the idea of the order ever existing at all, the boots suddenly came in!  I contacted the company about it and they told me to keep the boots as the order had taken so long to get here that they weren't going to charge me for them at all.  I was happy.  Not every day you actually get an order in two months after it got mailed and are able to keep it for free.

10.  I was at the store picking up my son's medication at the beginning of the month and found a bunch of tape on sale for cheap.  I picked up a few 3 packs of tape as we were down to none after Christmas wrapping was done and when I went to check out, I realized that the tape was cheaper than I had, at first, thought, and that both packages only costed me .80 each!  I wish I had seen that before I left the store or I would have grabbed a few more, but really six rolls should see us through just fine.

11.  I introduced the kids to some of my old CD's from back when I was in high school.  The kids actually found a few bands they liked, so we have been having fun listening to different music than we've been accustomed to during the school day.  The son has especially liked the Mozart and other classical music CD's I have in my collection.

12.  We got the son's IEP meeting out of the way for the year, which was a relief to get that done and we set new goals for this coming year.  I also got grades in for the kids for this last quarter and got work samples in for the kids as well.  Doing these things is always a big deal for me to get done and it takes quite a while to get all of the pictures, goals and other things worked out, so I am super happy to have those things done and out of the way.

13.  I almost forgot to file for PFD's this year, sad to say.  Luckily, I got an e-mail from Special Olympics reminding us to get filing done, so that is now out of the way this year.  Honestly, I know part of the reason I forgot to file for it (normally as soon as the new year rolls over I'm online filing for them), is that I sincerely doubt that the PFD is going to be around much longer for Alaskans.  I might just be overly pessimistic, but I definitely have my doubts about the future of the permanent fund.

And there we go folks.   Some of the things that have happened the last few weeks.  Hope everything is going well for you all.