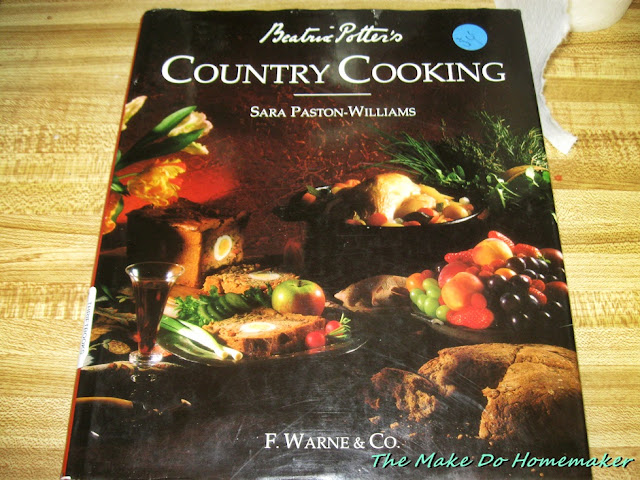 Wow!  It has been a week when it comes to weather.  This is a week where Delta Junction saw a whopping -74 degrees F (mind you that's North, but holy Cow!) and we saw -40 one day with a high of -27.  When it finally warmed up to -17 to pick up the kids in the afternoon it would feel downright warm to how it had been.  That's sad.

Yesterday it started to warm up and suddenly we went from below zero to above zero and snowing so now we have about five inches that my husband is going to have to snow blow before tomorrow (if my son's speech therapist makes it...she missed today because the roads were gross, so we'll see) and they are calling for snow all week.  Alaska.  Don't like the weather, wait a few minutes and it'll switch, often violently *laugh*.

So, yeah, I'm not sure how this is going to impact my electric bill, but you know, at least we HAVE the heaters in the bedrooms so the kids stayed warm during this cold snap.  Blessings are blessings, no matter how much they cost sometimes.

So, let's get onto other money saving things that happened this week!

1.  I got a birthday check in the mail from my family back East and I found that it was just enough to buy the 25.00 memory foam mattress pad I had my eye on in my Amazon cart, so I bought it (thanks, mom and sisters!).  I'm praying it will help my arms...they've been making me miserable this week with the crazy pressure changes and the temps all over the place.

2.  Amazon sent out part of my order (some Japanese rice seasoning powder) out AGES ago, like December 26th and it was set to be here January 5th originally.  I was tracking it, but it just seemed to hit Washington and stopped.  On January 10th, Amazon gave me a refund on the order.  Ironically, the package arrived the next day.  I offered to let them take the money back out for the order, since I had gotten it and they refused saying that it hadn't made it when it should have been there, so the refund was the least they could do.

I was on the internet with my daughter that night, oddly enough, trying to track down what type of animal Timmy Willy was from the Peter Rabbit stories.  I couldn't find that right away, but I did find a BUNCH of awesome books based around Beatrix Potter on the internet, so I went to Amazon to see what they had.  I love her artwork and her stories have been part of my children's lives pretty much since they were born, so obviously we're fans of her stories too *laugh*.  I found the cookbook up top for .54, which after shipping the Amazon credit JUST covered the cost of the book and had to order it.  It was kind of surprising to me, even, that I just bought the book on a whim, as I normally don't do that and I try to stick to my "list", but something told me to buy it.

It came in super quick and I've been looking through it the last few days and I have to say I LOVE THIS BOOK!  I was kind of skeptical about the book when I got it in the mail as it was pretty thin compared to other cookbooks I've gotten, but holy moley does the author put a LOT into a thin cookbook.  On average there are about three recipes per page (with Beatrix Potter sketches scattered throughout with photos as well) and the writer collected recipes from the areas Beatrix Potter lived and visited and published the regional recipes in the book.  The book has everything from game recipes, to garden produce recipes (I'm really keen to try a turnip soup recipe I found in it), to fish, to chicken, to beef, to desserts, to preserves (no joke, that's in the back of the book, including flavored vinegars and other things).  I'm loving on this cookbook a LOT and have found a lot of cool ideas to incorporate into my meal plans.  Between that, "The More With Less Cookbook" and the 5 ingredient crock pot cookbook that I got...I'm super thrilled on the cookbook nerd front of late *laugh*.

3.  I was trying to figure out how to make money stretch to help with bills coming up and was just randomly talking to my husband and was like, "Well, maybe I should cash in the few savings bonds I have" and my husband replied, "Um, what savings bonds?"  I went and got them in their precious purple envelope that I have protected carefully since I was young.  Those savings bonds have followed me a LOT of places over the years.  Two lowly ones that my grandma had gotten for me for my first and second birthday.  My mom had always told me to keep them as they'd accumulate interest, even though they weren't high value bonds or anything.  We went online and found that the bonds had matured and that while the government had extended the interest on the bonds a couple of times through the years, the bonds had still reached full maturity quite a while ago.  So, I went in this week and cashed them in.  The bonds netted me a couple of hundred dollars, which has helped to create at least a bit of a "pad" in the bank and will hopefully help see us through the hump until we can get our taxes done and our return in.  I kept the purple envelope they were in and got a bit teary eyed when I saw where my grandma had signed it.  I know she would be pleased that the money was being used to help get us through a hard spot in our lives and was benefiting her grand kids (the kids were never great-grand kids, just more grand kids :).

4.  I used the "tear inducing" pickled cabbage that was open and adapted a recipe in the 5 ingredient crock pot cookbook that called for sauerkraut instead of pickled cabbage to see if it would work well to tone down the flavors of the cabbage.  It was pretty good!  I also used up an apple that was past it's prime on the meal as well, so win-win.  I ended up making pork chops instead of the pork roast I was planning on, just because I forgot to pull it from the freezer and stick it in the crock pot, but they still turned out tasty!

5.  I finished "Full Steam Ahead" this week.  I have to say as the series go, I prefer the farm series to the railroad history.  It was entertaining and such, don't get me wrong, but I missed seeing Ruth in the kitchen and other domestic aspects like she did in the farm series.  I started watching "Wartime Farm" again right after finishing the series for about the fifteenth time *laugh*.

6.  One night I had a sundae bar this week and I tried out two ingredient hot fudge sauce (just sweetened condensed milk and chocolate mixed together). I used some ancient Baker's Chocolate I had to make it, a combo of milk chocolate and unsweetened chocolate.  The sauce turned out really good!  I stored what was left in the fridge and it set up into true fudge it seems, but we're heating it up a little bit at at time and using it on ice cream for dessert on and off.  I love this dessert compared to like milk shakes or something as this uses a LOT less ice cream as the fudge and other toppings help to pad out the ice cream used (which honestly is the most expensive thing to get).

7.  Grocery shopping this week went okay...not great but okay.  I decided, when I realized how out of some things we were, that I was just going to aim to do two weeks of shopping this week and try to pick up bare minimums the next couple of weeks.  I am RIGHT at my grocery budget for the next two weeks after I was done shopping, which means once I buy milk the next couple of weeks...I'm going to go over no matter what I do on my budget, but at least we have fresh produce to last us the next couple of weeks and we have meat in the freezer from the sales I managed to hit last week.  Bright side, between coupons and sales I did manage to save 68% off of the grocery bill.

I did all of my shopping this week at Carrs, going so far as to avoid Fred Meyer and the free refried beans I had waiting there so that I wouldn't spend more money on deals I might find there.  Some of the highlights on shopping this week were huge bags of name brand dry cat food for 5.00 (I got two as those are normally about 13 to 15.00 per bag), a big container of grapes for 5.00 (2 lbs worth, which is what one pound of grapes is going for right now, so definitely a good deal), lettuce for 1.26 for a head (personalized price), bananas for .79 lb (personalized price) and sour cream for 1.16 (personalized price).  And there was a 5.00 off a 50.00 or greater shopping trip coupon you could load onto your shopping card too, so that was a nice thing to get off the bill.

Carrs was also having a big case lot sale this week, but when I looked at the prices they weren't that great.  On average for canned goods you had to buy 24 cans of something to get the case lot price on them and when I looked at that price...basically you were getting regular sale prices on the canned goods, or you might save .10 per can past sale price on some of the higher valued items.  So you'd end up buying 24 cans of whatever on average and save a whopping 2.40 per case.  It just didn't seem cost effective to me, especially when I already had everything they were selling in the pantry already for as cheap, or cheaper than those prices and I certainly didn't need to pick up 24 of the item to get the price.

The one exception was that they had good tuna on sale for .69 per can on the case lot.  If you bought 48 CANS at one time.  Yeah, I walked on by that one.

8.  I darned a hole in a dish towel this week.  It's not pretty, but it'll work still.  I'm hoping to get some more dish towels made tomorrow (I have terry cloth material in my stores and am just going to use an old dish towel as a guide for how big to make the towels), but we'll see how it goes.

So, there is my frugal adventures this week in a nutshell.  How about you?  Good week on the money saving front or bad?
Posted by Erika, "The Make Do Homemaker" at 5:43 PM