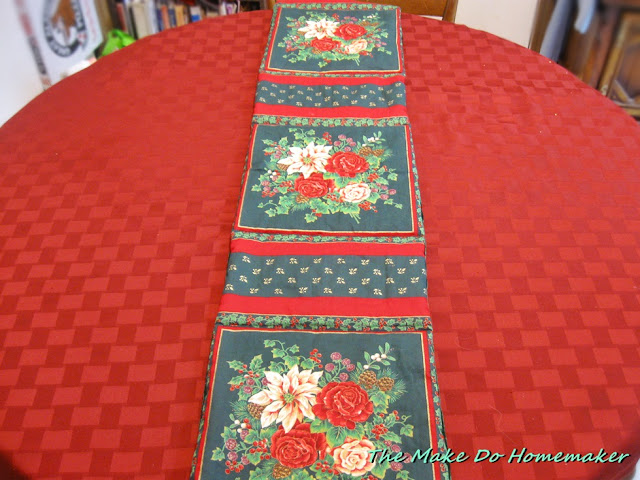 Well as weeks went this one was kind of a mix.  I was able to not spend much money at all this last week, which was good because we didn't have any money to do anything with anyway (which is bad).  My husband came down with a really nasty cold Thursday evening, which was bad.  He managed to drag himself to work yesterday (which was good), but today he's spent the entire day in bed and not able to do much at all (which is good as it keeps him from doing too much, but bad in that he feels icky).

We've both really been trying to make sure he gets plenty of rest because we really can't afford for him to be down, for one, and for two we can't really afford to go to the doctor right now, so it's lots of rest, vitamin A and C and just general TLC as much as I can give him.  My daughter's concert for chorus is at the beginning of next week, so I'm praying he'll be up to going, else I'm going to be taking a lot of pictures and hoping that is enough for him to experience the concert.  And my only option at that point would be to leave my son home with him, so I'm hoping he's up to keeping an eye on him if nothing else.

I got a lot done when it came to Christmas gifts this last week and I got the Christmas decorations up.  And I got the house pretty much cleaned and was able to continue to clean it through most of the week, which was definitely nice.  Unfortunately I woke up with an infected toe on Wednesday due to an ingrown toe nail I didn't realize I had (gotta love a high tolerance for pain), so I'm kind of limping around in between epson salt soaks and I have a wad of band aids on my toe to cushion it after I took care of it.  I think it's finally starting to improve, so yay for that!  And bright side, it's like all the pain centers are focusing on my foot instead of my shoulder, so my arm hasn't been feeling too bad the last few days *laugh*.

I also managed to get some money saving things in this week, so let's get to those!

1.  I finished a Christmas themed table runner out of some vintage looking fabric I got at the used store for .25 and some fabric I already had on hand.  Even the batting was a scrap of leftover batting I had from other projects.  I thought it turned out so pretty.  I actually put it down on my coffee table in my den, but I couldn't get a good picture to turn out with the lighting, so you get to see it on the kitchen table *laugh*.   Seeing the photo made me realize that I REALLY need to throw out that pizza box in the background...it's been there for a while after my husband brought it home from lunch one day and I keep forgetting about it.  Oops.

2.  I went shopping once this week (yesterday as a matter of fact), to Fred Meyer and Carrs.  Fred Meyer was out of the Planters peanuts freebie that I had an E-coupon loaded for, but I did get a free bag of Craisins.  I also found that they had a bunch of different spice blends on sale for 1.09 each (I think I got five total).  I got one of each they had, so now my entire spice rack is full of different spice blends that I can use to "mix up" the meals around here that I've picked up over the last few months (or made myself).  I was really happy.

Overall I ended up spending 80.00 on groceries this week, but 30.00 of that was actually set aside for Christmas things I needed to get, so I was able to get the ham for Christmas (beef is just too expensive this year) and a frozen lasagna (it was actually cheaper than buying the materials to make one and it's a tradition to have one around here on Christmas Eve :).  Overall it was more than I really wanted to spend, but I ended up with a huge heaping cart full of groceries after coupons, so I couldn't really complain too much and we really needed a LOT this week.  The biggest cheapie highlight was a .19 brownie mix after coupon from Fred Meyer.

By the way, does anyone know if brownies will freeze alright?  My husband could take or leave brownies overall, but I'm thinking my daughter with her love of chocolate will really like them, but I know we won't be able to eat them in one sitting, so I was thinking about freezing them individually for her lunches at school.  So I'm trying to figure out if brownies will freeze alright.

3.  I used some scraps of freezer burned meat to make a HUGE pot of stew tonight and threw in some veggies that were getting past their prime.  I'm hoping this will make at least four meals for us if I do different things with the stew and hopefully I can freeze a couple of bags for my "soup stores" in the freezer as well.

4.  I worked on Christmas gifts and used materials I had around here to make them (more on that later).  I've actually gotten quite a bit done so far, which is a nice change of pace.

5.  My daughter was given a pair of shoes by her best friend at school as they were too small for her.  My daughter has been happily clumping around the house in them even though they are about three sizes too big because they were a gift from her friend.  It's really cute.

6.  I made all of our meals at home this week, which definitely saved us money, although it did elicit some ire from my son who wanted to go get french fries a couple of times, but I didn't have the money or the gas to do so, so he had to deal without his beloved McDonald's french fries.  He survived by the way *laugh*.

7.  I was able to save some time this week as well.  I'll admit it.  I love wrapped packages under the Christmas tree, but I HATE wrapping with a passion.  So, when I knew I could get away with it, I let the over enthusiasm of youth take over and let my daughter go to town wrapping some gifts.  It was a win-win as far as I was concerned.  It made her super happy to contribute and it made me happy not having to do it  and I was able to concentrate on other things, like making dinner*laugh*.

8.  I mended a few pairs of pants this week while I had my sewing machine out working on gifts.

9.  I've been getting things done despite being really tired as I've been giving my husband the bed and crashing on the loveseat upstairs to hopefully have him be more comfortable and my son hasn't been sleeping well either.  Getting stuff done sometimes was through sheer force of will, which is free, but hard ;).

So, there you are folks.  Some of my frugal adventures this week.  How did you do?
Posted by Erika, "The Make Do Homemaker" at 7:59 PM