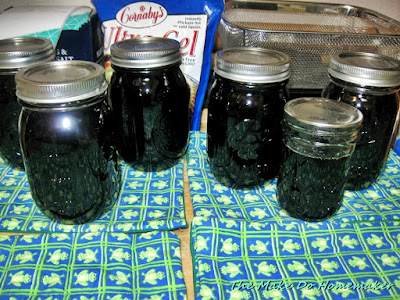 Being originally from New England, I grew up a complete maple syrup snob.  I loved pure maple syrup.  Actually, one Spring my mom completely underestimated my love of maple syrup.  Our neighbor, a proud self-proclaimed hippy named Tom, gave my dad a maple sap tap and bucket and told him it would be a lot of fun for me to make my own maple syrup that year as I had kind of adhered myself to Tom to watch how he did it on his trees.  My dad, never to turn down anything free, took it and set it up for me, telling me that I would have to collect the sap every morning before we set out for my paper route (which was early) and bring it in to mom so we could boil it after school into maple syrup every day.  I was absolutely thrilled.  My mom wasn't as she was far from a morning person, but she figured a week tops and I'd be over the whole making syrup thing.

Man was she ever wrong *laugh*.  Every morning I'd go out and chip the ice away on that bucket to release it from the tap and carry the bucket inside like I was carrying the crown jewels or something.  We warped every cabinet in our kitchen that year from the boiling times required to get maple syrup and I only think we ever got up to light maple syrup when making it.  We had mason jars FULL of syrup in our unheated back hallway for YEARS afterwards.  Still one of my most pleasant childhood memories as the sense of accomplishment I got from making that syrup sticks with me.

I stumbled across a recipe years ago to make your own pancake syrup and I would can it every year when the kids were small to help extend the life of my one lowly jug of maple syrup.  Now a days I give that liquid gold to the kids and my husband and I use the pancake syrup when money gets tight.    I started messing with the original recipe as it would come out kind of thin and would crystallize over time as it was just a basic sugar syrup with flavoring, so I came up with this recipe.

This comes out thicker than regular maple syrup, but it definitely gets the job done.  Just to warn you, though, if you taste it before it goes in the jar and don't think much of it, can it, let it cool THEN taste it.  It comes out tasting different with the additional cooking and cooling times (which I've noticed that happens with a LOT of canning recipes).

3.  Turn heat to low.  Add vanilla and maple extracts (there will be some violent bubbling when you do this).  Return mixture to a simmer.

Check seals after 24 hours.  Any jars that are not sealed can be moved to the fridge to be used immediately.

Makes approximately 5 pints of syrup.
Posted by Erika, "The Make Do Homemaker" at 4:03 PM