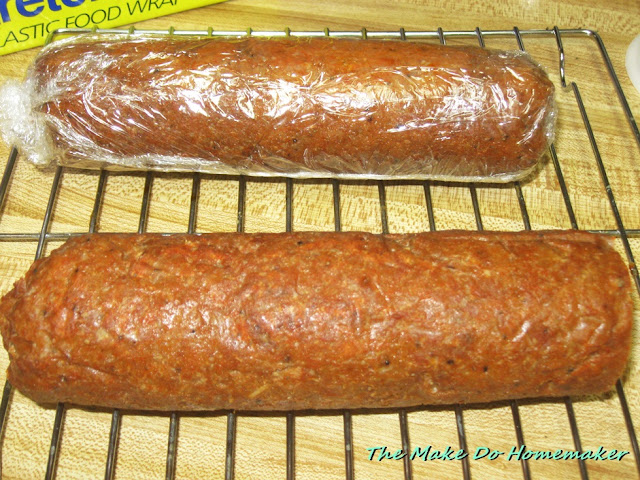 Before I begin this post, I just wanted to say how grateful I am.  I have run into a lot of angels in Earthly form the last few months and you all will never know how much you have helped me during this trying time in my life.  I was so overwhelmed with gratitude today that I sat in my car and cried for a good ten minutes.  I'm not normally a crier so I had to explain to my daughter that I wasn't sad, but instead just thankful.  I have been gifted everything from posts giving me ideas on how to make money stretch further, e-mails of encouragement, to seeds to grow food for my family, to plants, to physical objects we were in desperate need of (including a backpack and school supplies for my daughter this week) to other gifts, some so generous that I am not sure how I will ever be able to repay the good Lord for sending them in my general direction.

There have been times where everything was so dark and depressing that I was wondering if I could make it through and every single time I was on the verge of giving up someone would come along and offer me a light to help me keep walking along.  Thank you all.  I'm going to move on in this post now because I'm getting teary eyed again, but just...thank you all so much!!!  Be assured, when I have the opportunity I will pay things forward and hopefully be able to help someone out the way you all have helped me.  Thank you from the bottom of my heart!

1.  I was gifted with some inspiration when it came to using up the masses of ground turkey in the freezer that WASN'T turkey burgers.  I made summer sausage with two pounds of ground turkey using the recipe HERE instead of ground beef (seen above before I wrapped the last log and stuck them in the freezer).  I doubled the spices in the original recipe as turkey is so much milder tasting than beef, but I kept the salt at the same for one recipe.  And it was still too salty for my pallet so next time I'm going to take Dorothy's advice and knock the salt back even further.  It's edible, but definitely salty.

Thanks for the recipe, Dorothy!  Now that I finally found my liquid smoke (I KNEW I had some!) I am going to try my hand at making pepperoni with some next (another Dorothy inspiration :).  This will give us lunch meat and pizza fixings for the freezer for a while and is definitely cost effective with the ground turkey.

2.  I survived my husband being out of town (yay!).  My son always regresses when my husband is gone and was in an awful mood while he was away, so I was doubly glad to see him back home.  Trust me, this does belong in my weekly accomplishments *laugh*.

3. I was able to help out someone who needed some assistance with some advertising things she was doing for her son's band.  It has been kind of nice being able to use the marketing degree and I actually enjoy doing stuff like that and doesn't cost me anything to do since I'm doing it all online :).

4.  I baked bread, cinnamon rolls (yum!) and oatmeal cookies this week (I made the cookies so my husband could take some to the airport with him).  I got an oatmeal cookie recipe out of a Family Circle magazine this month (I got the subscription for free through either Mercury Magazines or Freebizmags).  I was all excited to try it out as the gal who wrote it has like a cookie empire going on and this cookie supposedly built her business.  So, I made it, omitting the optional coconut that was in the recipe (since I didn't have any).  And the cookies came out okay.  Not fluffy or crinkled the way they were supposed to, but they tasted alright.  I think that the coconut should PROBABLY have been mandatory instead of voluntary or they should have given instructions to up the flour as I'm thinking the flattened cookies was probably caused by not enough structural integrity.  Next time I'll probably just stick with the old Quaker Oats recipe for oatmeal cookies as I know my husband really likes those.  It was fun trying a new recipe though :).

5.  I bought steaks on sale this week as part of my grocery shopping (I didn't post pictures because of destructive uber cranky son).  They came in a five pack, which doesn't make quite enough for two meals for us around here now that my daughter actually is eating a steak on her own and such, so I took the last two steaks and cut them up into smaller bite sized pieces to use as stew meat.  I figure if there is one thing that will last a few meals it's stew and hopefully I'll have plenty of veggies to use in stew coming in over the next few months.

6.  I've been watching some series on You Tube, which has been fun and I kind of liked being able to just download one episode at a time since I didn't have to worry about like watching an entire DVD from Netflix to quickly get it back or something.  I could watch part of an episode over my morning coffee before the kids got up or at night after the kids were in their rooms.

7.  I got a 10.00 I-Tunes gift card for doing a survey for a local business a while back (they accosted me while I was shopping when my son was in therapy).  I kept holding onto it to use as a stocking stuffer for my son, but the way he kept biting on DVD's I figured I'd better go and load something new onto the "entertainment only" I-Pad of his to hopefully keep him out of the DVD's.  I found a bunch of classic Thomas the Train episodes for 8.99 and it had like 23 episodes.  I bought it and it has been a God send when trying to get my son to wind down at night while his dad was away.  Totally worth it!

8.  My son's VCR ate a tape of classic (like from WAY back) Clifford the Big Red Dog and my son broke the tape pulling it out.  My son is kind of obsessed with the tape right now so I was freaking out this morning trying to figure out what to do.  My husband took some scotch tape and fixed the tape.  The tape still has a glitch that you have to baby the tape through, but at least it's able to play still (thank goodness).

9.  My daughter has been watching a show that was stumbled on accidentally (my son was messing with the I-pad on You Tube) and she really liked.  Peppa Pig is now a regular conversation item at our house at the moment.  I really need to sit down and watch more episodes as I'm kind of pretending to know what I'm talking about when she talks about it.

And now onto the garden update! 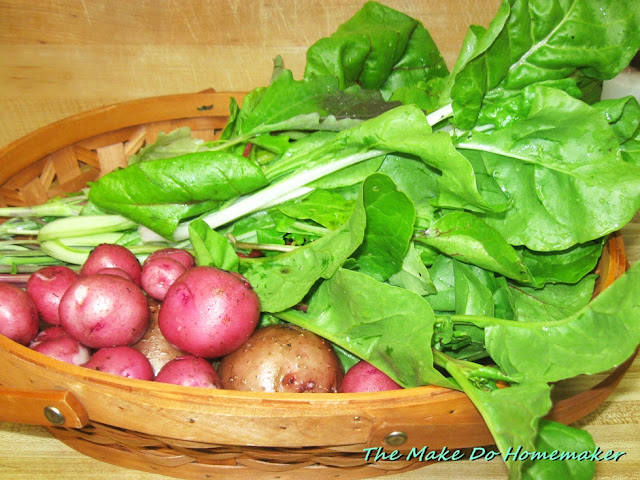 I am drowning in lettuce right now, which is definitely a happy circumstance.  The lettuce loved the cooler temperatures and the rain we received and despite the slugs best efforts the lettuce is doing well.  I actually thinned out a row of lettuce next to the garlic today as the lettuce was shortening to bolt.  I am going to leave a couple of plants of each type of lettuce as they go to bolt, so I can hopefully collect the seeds to plant later.

Just as an aside, stale hard cider doesn't seem to work as slug bait.  It has killed plenty of aphids though.

And we have pea sign!  Which is a saying that sounds dirty, but really isn't ;).  Anyone recognize the reference from "Dune"?  Anyone?  Right, nerd status confirmed on my part *laugh*.

I was actually able to harvest my first small handful of peas today to eat in salad tonight.   And I harvested one yellow carrot from my rainbow carrot rows as it was like a mutant fast growing carrot and was ready to be dug.  We ate it in salad earlier in the week.

I thinned the Swiss chard and processed it for the freezer and got a small batch of potatoes from my smallest potato plant (seen above).  The potatoes are curing in my pantry right now and seem to be doing well on that front.

The rat tailed radish plant I am so excited about!  That thing is producing like mad!  I had read that they would produce a lot, but I never knew how much they would truly produce and ONE plant is taking over the same spot my tomato plant occupied last year.  I can't BELIEVE how huge it's getting.  It's spreading into my lettuce patch and into my driveway.  I'm super impressed and will definitely keep that plant in mind for future years as one seed definitely pays for itself!

I picked a pint's worth of radishes yesterday and went out today and picked another 1/2 pint with tons more developing.  Since this is going to be our major source of pickles this winter (although I'm hoping for pickled beets too if I get any.  I'm hoping to plant the seeds this week), this is a huge boon for me.  I'm going to be making pickles tomorrow morning before it gets too hot in the house.  This time around I'm going to make some sweet pickles with the radishes instead of dilly style.  I'm like abnormally excited about experimenting with different flavors of radish pickles and things right now *laugh*.

So, there you have it.  Some of my adventures this week.  How did you do?
Posted by Erika, "The Make Do Homemaker" at 3:10 PM