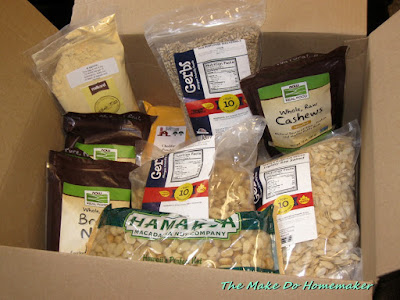 Well, this week has been going well on the money saving front.  Let's get to it, shall we?

1.  I ordered some food storage that is safe with my son's allergies from Amazon.com and got it in the mail yesterday (seen above).  I took the money out of my normal weekly food budget over the past couple of weeks so that I wouldn't feel bad about taking the money to put toward food for the pantry. 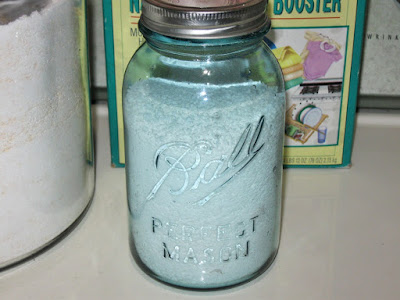 2.  One of the items I ordered was some soap to make The Prudent Homemaker's Laundry Soap.  I've been kind of scrambling to find some kind of laundry soap that would work with my son's eczema since the brand of laundry detergent we'd used for years had to change formulas and the new formula reacted badly with his skin.  I've gone through the commercial free and clear laundry soaps and found that All Free and Clear worked...kinda.  I then ran across a comment Brandy (The Prudent Homemaker) made to someone how she'd had eczema and developed her recipe for home made laundry soap to help her.  So, I'm figuring it's definitely worth a shot.  I got the soap she recommended and am going to give it a try.  I pray, boy do I pray, that it helps my son's skin.  I made one batch of the laundry soap (Brandy normally makes it in triple) to see how it works.  Fingers crossed here folks! 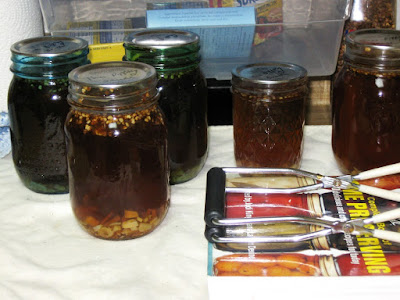 3.  I canned some Thai Dipping Sauce. I love to shake things up a bit with dinner from time to time, so I'm hoping this stuff will work as a way to switch up shrimp cocktail and stuff.  I followed the directions exactly, yet my picture doesn't look anything like their picture.  Ah well, it does taste good (I sampled the little bit of leftovers).

I still have a few more things to do when it comes to canning (at least until things are ready in the fall), but I'm making progress, so woot!

4.  I got a windfall of bread from my sister-in-law who got a large amount from a friend of hers (thanks, Jen!).  I put it into the freezer and am obscenely happy about receiving it.  I will be making SO much french toast and things in the near future with it! 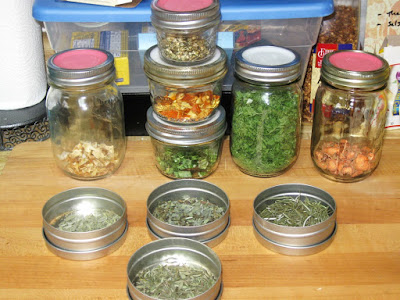 5.   I dehydrated a ton from the garden this week.  I dehydrated the two onions that were done curing including some green onions that were salvageable, loads of herbs, some carrots (these were from the store, but still needed to be done), celery (once again from the store, but I wanted to make sure it got dried before it went to waste) and I even dehydrated some orange peel that was left over after my daughter ate an orange (she ate 1/2 of it, the other 1/2 helped to stuff a chicken). 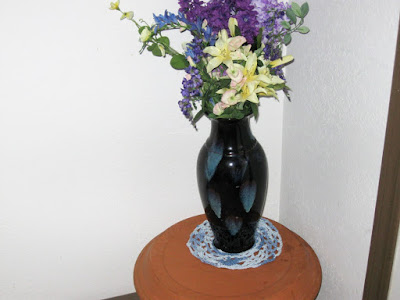 6.  I took a crocheted doily I made and put it to good use.  I've been trying to declutter around here and if I can't find a spot for something it's either figure out a more productive place for it or donate, pitch or place in the yard sale pile.  I had a over large planter that I bake beef roast in (Alton Brown's method) and didn't know what to do with it, but I use it enough I didn't want to get rid of it, so I put the bottom to planter on top to make a small table and placed a vase I keep in our stairway landing on it, fancying up the space with the doily.  It looks better in person than in the photograph, but I was happy about it.

7.  I only picked up essentials at the store this week, so I got out of the store pretty cheap.  This was part of my, "save money to use on food storage" plan as I desperately need to recover my pantry more so I figure that working it into the regular grocery budget is going to be the best way.

8.  I cooked all of our meals at home, which once again saved us money.

9.  I received my electric bill to find that not only did they raise base rates this month, but that our bill was once again estimated.  I went out and checked the meter (this is over a week after they'd estimated the bill, mind you) and found that my bill was "read" at five killowatt hours below what it was that DAY.  So, I had better be looking at a lower electric bill next month or I'm going to be calling and complaining again.  I felt good that the estimated bill was so far out of whack with our consumption and that was AFTER running an air conditioner a good portion of last month.  So, all of the rest of the money saving energy reducing things I've been doing ARE working.  Always a good feeling.

And there you are.  A few of the ways I saved money this week.  How did you do?
Posted by Erika, "The Make Do Homemaker" at 7:27 PM