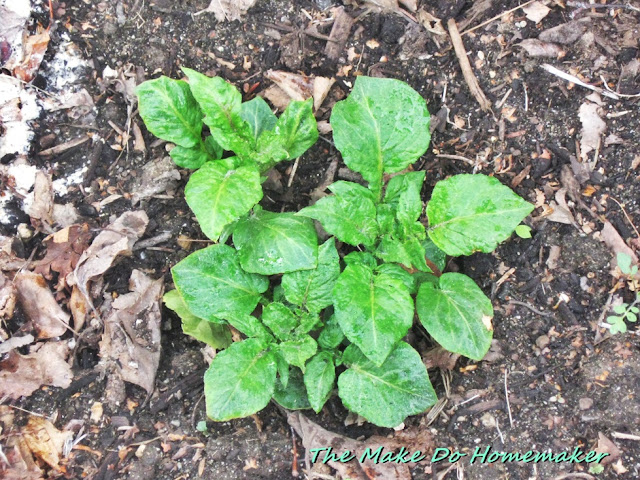 This was another one of those weeks where we didn't spend much money, at all, due to not having any money to really speak of, but there was some major uppers to the week.  Some of them I'll save for my weekly recap of goals that I got accomplished toward my monthly goals, but some ways I saved money this week were... 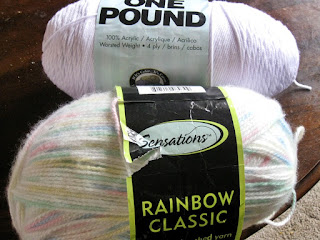 1.  I got to shop a bit from my 40' cargo van this week.  My den looks like a tornado hit it as I've been going through Rubbermaid containers seeing what we still had in storage, but I managed to find some things that I'd been looking for since we'd moved pretty much.  One of those things was my container full of baby quilts and blankets and other sentimental things people had made for my kids.  It was a relief to find that.

I was also able to find things like my old storage of material (woot) and my yarn storage (double woot), which included two full brand new skeins of yarn I'd forgotten I had, so my mind has been stewing on what to do with them.  And hey, it was kinda like Christmas because by this time, in my mind, the yarn was free. 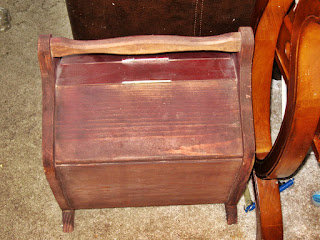 2.  One of the things I found in the van was a wooden sewing box that my husband bought for me for my birthday or Mother's Day (I honestly can't remember which) when my son was like two years old.  Being my son, I had the sewing box, which I really liked, for about...oh an hour or so...before my son tried to climb into it and just broke it all apart.

I found it in pieces in the 40' van put aside where my husband was, one day, going to fix it and decided I was tired of waiting.

About eight nails and some wood glue later and now I have a nice wooden mending box to keep socks and other small items in along with my thread and stuff.  The box even has a built in pin cushion, so I have a place to stick my needle other than inside of one of the spools of thread.  Pretty cool!

3.  I've been working really hard on waking up early, preferably before my kids, so that I can get things like bread baking done early and start the housework before the kids get up and demand my attention (it also gives me a good opportunity to call my step-mom for our morning chat session and get a couple of cups of tea in me before I have to function as a human being in any great capacity).

4.  I came to the conclusion that I did need to get some groceries today as things like lunch items for my son (never cheap) were gone in the pantry and the chicken deal at Carrs today was a sale I knew I'd regret if I did not get in on it.  I also needed satellite things like dish soap, so I went shopping armed with coupons and spent about 80.00 for a trunk full of groceries, including two huge packs of chicken for 5.00 for each pack.  It was worth the money spent, even though it did make me sweat a bit doing it as I hate to spend money at all right now. 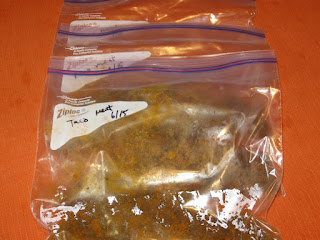 6.  I found some hamburger deep in the recesses of my freezer that I forgot existed and while it was freezer burned badly, I didn't want to let it go to waste.  So, I cooked it, adding water as I did so to help rehydrate the meat and made it into different batches of taco meat.  I got about three meals worth of taco meat out of the hamburger, put them into freezer bags and froze the cooked meat.  This will see us through taco nights over the next month (I put the freezer bags inside another freezer bag just to add another layer of protection).

7.  When I found the hamburger, I also found a freezer bag full of raspberries in my freezer that was left from picking my raspberries last year.  They were also freezer burned, but I was still able to use them and some leftovers that were going to go bad and made a new type of dessert (recipe coming up in the next few days).

8.  I, per usual, made all of our meals at home, which saved us money.  I also baked a few loaves of bread to see us through this week as well (I've been eating jam and butter sandwiches a lot for lunch).

9.  We've been watching a lot of free movies on You Tube at night, which has been kind of neat.

And that's about it in the way of money saving things this week, so here's an update on the garden. 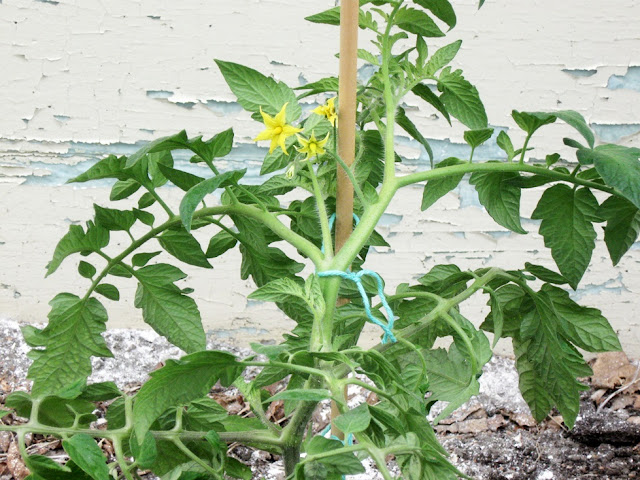 We have had some wet and rainy, windy and kind of cool temperatures this week.  I've actually had my heat on a few times the last few days to take the chill and humidity out of the air inside the house.

I stepped outside today to check the garden.  I was worried my tomato plants were growing high enough that they could potentially fall over and that fear turned out to be a reality today.  Luckily the tomato plant lied itself onto the ground instead of breaking, so I ran into my garage, dug out the wooden dowel I use as a tomato stake and quickly staked the tomato upright today with some cotton yarn.  I then picked off the aphids that had crawled onto the plant while it was on the ground (I've got to get some insecticidal soap made) and did a double check to make sure slugs weren't getting to the tomato plants.  I've got to get a tomato stake for my other plant this weekend as it's getting pretty big too.

The slugs HAVE been at my onion plants, which luckily so far the damage is minimal, but seeing the damage really irritated me.  It seems like bugs are attacking from all angles right now.

The front bed is being attacked by ants that have, once again, infested a dead stump that is under the birch tree.  I've got to get yet another kettle of boiling water and pour it into the stump to help manage the little pains as they are chiseling away at my mint plant.

I was in my back yard going to and from the 40' van and happened to look down at my white sneakers I was wearing to see crawling red things on them.  Seeing the spider mites, I leaned down and checked the grass and sure enough EVERY SINGLE blade of grass had about five to six spider mites on it.

I immediately panicked as the back yard is right below where my garden is and I ran up the hill, killed the spider mites on my shoes and checked my garden.  I found one spider mite on my oregano plant, but that was enough for me.  I went into my shed and quickly grabbed the 1/2 bag I had left of diatomaceous earth and spread it around the parameters of my garden beds (the white powder you'll see in the pictures).  We then got rain the last four days, of course, but I'm hoping that between the rain and the earth that it'll be enough to keep the spider mites from doing serious damage to my garden.  I just can't believe the spider mite infestation we get every year.  It really gets to me. 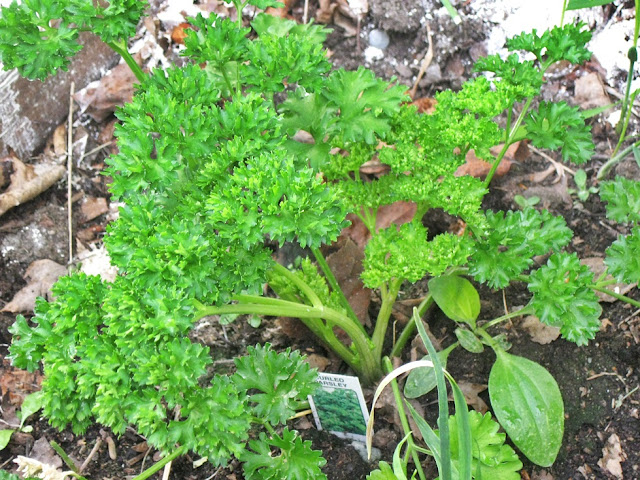 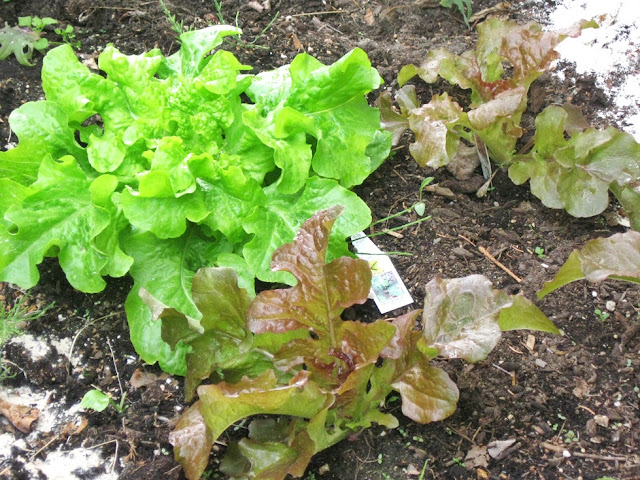 The parsley, kale and especially the lettuce have been LOVING the weather the last four days.  Instead of a few weeks until I can harvest the lettuce, now I'm thinking I'll be able to start picking it as soon as the rain dissipates so that it'll have good flavor (instead of tasting like water).  The lettuce went through that much of a growth spurt the last four days.

The potato plant (seen wayyyy up top) also went through a major growth spurt the last couple of days, which was nice to see.

It seems like right now my biggest goal with the garden is going to be keeping up on top of the fertilizing and to find something, anything, that will keep all of the different insects at bay so that my plants have a chance to produce their bounty.  That and weeding as the weeds loved the rain the last couple of days too (and picking up plastic makers now that everything is big enough to not worry about pulling it up).