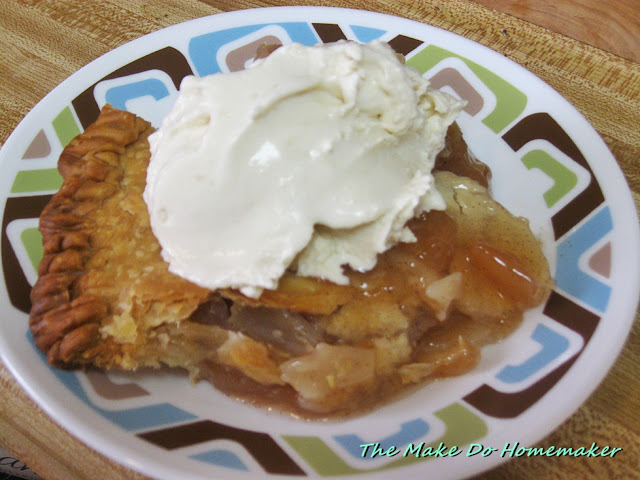 Well, yesterday was eventful with my son throwing hissy fits like you would not believe.  Called the doctor's office and asked them about him chewing on the pills vs. not and his doctor wasn't in and then the assistant waited until all doctors were gone for the day to call me back and say, "Yes, the medication will definitely not work if you chew it up because it will screw up the entire dosage of the medicine." So, I was without hope of getting a non-time release medicine prescribed before Monday.  So, last night I wrapped the pill in some rice (the only KIND of soft thing the son will eat) and shoved it as far back into his mouth as possible.  And he swallowed it!  More's the miracle.  So, I did the same trick tonight.  So far we haven't seen much improvement in his mood at all really and if anything some of his temper tantrums are worse, but I'm hoping by Monday he'll have regulated out and maybe things will have improved.  If not I'll call the doctor and get his dosage and possibly how he takes his pills changed.  I didn't expect this process to be fast, but I was kind of HOPING it would be.  Ah well, we'll get there.

I went out to the garden today and nearly went inside and beat our new cat.  Prince, it seems, when he has been going outside, decided he liked digging in the garden.  And not just like using the garden as a cat box type of digging (which I would have cleaned up if I had found it), but holes that were about 10 inches DEEP type of holes with no purpose other than he likes to dig in the dirt.  ALL over the garden.  I've found him digging in other parts of the yard with no purpose, but having a good time, but was horrified when I found that he'd discovered the garden (I'm almost thinking he's digging around looking for mice or something, but darned if I can figure it out completely).  Between him and the birds looking down on me as I worked on the garden, I am worried about planting seeds now for fear of their future.  We have some chicken wire left from building the coop, so I'm thinking that a cage for the garden is in order this year.  Animals.  Ugh.  At least I got the grass pulled up as much as possible from the garden area and tried to pull as much horse tail as possible (a razam frazam invasive evil weed that roots deep and is darned near impossible to kill.  And the spores travel on the wind, so yeah...looks like I have it in the garden and I'm doomed to have it there no matter what.  Blah!!!).

So, anyway, onto some frugal things that happened this week!

1.  Grocery shopping was probably the best frugal thing that happened this week just because the prices were so good that they were really budget friendly.  Carrs had a super sale on Friday for Cinco De Mayo, so with kids in tow I went to get things on super sale this week.  Highlights included were milk on sale 2.50 per gallon (limit of two per shopping trip and I'm stocking up as much as I can by Tuesday at that price!), shredded cheese for .98 per bag (limit of 2, Friday sale only) and tortillas on sale for .98 for a ten count package (limit of two as well on Friday only).  I was thrilled I was able to get those deals as those are things we'll DEFINITELY use around here.  I also grabbed some two pound containers of strawberries (personalized price of 3.00 per container for me).  I'm going to clean some tomorrow and make cake (we'll have strawberry shortcake for dessert tomorrow night) and then the rest will go into the freezer to make strawberry preserves later for winter.  Not an awesome cool great price or anything, but good enough.

Due to it being the final month for Monopoly Safeway has started super bonus things for the Monopoly tickets, so I walked away with 56 of the suckers when I checked out.  I got some freebies in with them (I honestly can't remember what they are right now, but I know I got a couple of items for the pantry that I was happy about), which will definitely come in handy for shopping this week as "spend as little as possible" is pretty much my goal for the week.

2.  Also for Cinco De Mayo, Fred Meyer has double freebies for Freebie Friday and I added them to my card, so I'll have to get those along with the freebie from last week.  I plan to go and hit both Fred Meyer and Carrs hopefully Monday and just get my shopping done then (what little of it there is) so I can hopefully take advantage of the Carrs milk sale one last time before the sale ends (milk is up to nearly 4.00 per gallon up here right now).

3.  I was thrilled to be able to send my husband to work with lunches this week that he actually did enjoy eating.  I harvested lettuce from the hydroponics garden and was able to send him with a side salad a couple of days and then I used some old(er) cheese sticks cut up for cheese chunks in the salad.  I then just mixed up a simple vinaigrette to go on top of the salad.   I then made up a big value pack of chicken thighs from the freezer into fried chicken, which we ate for dinner one night and then I sent my daughter to school with a piece of fried chicken for lunch once and my husband to work with fried chicken for lunch twice.  I love being able to make left overs and actually have no one complain when they eat them again *laugh*.  To cut down on oil consumption when I made the chicken, I pan fried the chicken in my cast iron skillets and used a combo of vegetable oil and vegetable shortening.  I was able to use some vegetable oil that had been hiding behind some things in the pantry and wasn't QUITE rancid but was going to head that way, to fry the chicken in.  It worked really well, the chicken came out great and everyone was happy.

4.  I enjoyed watching shows online this week.  I love being able to pull up a show on my Kindle and listen to it while baking or making dinner.

5.  The way the light has been getting better up here, while it's still pretty cold out (like in the 50's type of cold), the light does manage to bake the house enough in the afternoon and evening that I have been able to turn off the electric heat with the exception of turning it on here and there in the morning RIGHT when I get the kids up to take the chill off of their rooms.  My electric consumption will definitely appreciate me being able to do that.

6.  I opened a can of tuna for my lunch that was near it's expiration date and found it tasted an awful lot like the can (I hate it when that happens).  Consequently I ended up eating as little of it as possible.  I took the drained tuna with yogurt added (I was seeing if I could make a tuna salad sandwich but with yogurt instead of mayonnaise for my lunch...I'm hoping to try it again with a better tasting can of tuna later) and while the cats turned up their snobby little noses at it (spoiled brats), I took it down to the chickens and they LOVED it.  Having chickens is kind of nice in that respect since we don't have a dog *laugh*.

8.  I cooked all of our meals at home this week, which definitely saved us money.  And packing my husband's lunch has definitely helped to offset the cost of his fuel to get to work, so win-win as far as I'm concerned.

I'm sure there are other things I did that I can't think of right now.  I'm pretty knackered though and can't really think of them.  The medicine the son is on doesn't seem to have helped his sleep patterns at all and my daughter managed to catch a cold, so she's not sleeping well either.  Combine that with my back being out and sleep has been fitful and just not there much.  I finally figured out my shoes have memory foam soles on them and due to that by the end of the day now that they are getting old is that my right foot is sinking into the shoe wrong (my right foot is screwed up due to an old injury that didn't get treated properly for a long while which resulted in nerve damage), making me walk wrong and throwing my hips and back out as result.  I'll have to add "save up for new shoes" onto my list of things we need around here.

9.  Before April was up last weekend I went onto Apple App Store to see if there were any cool deals for Autism Awareness month.  I found and downloaded a bunch of free apps.  By the time I was done culling the "we're an ad app that passes as an actual app" applications we got down to about eight apps that my son now enjoys playing.  The worst sock in the gut, to me, was finding that "Hooked on Phonics Classroom" wasn't working on his I-Pad anymore.  We'd gotten it for free on a one day thing a while ago and my son LOVED that app and it's various songs and the newer versions of the app were NOT cheap and certainly not free.  The Classroom edition was just plain GONE on the App Store and wouldn't launch at all, so I deleted it off the I-Pad.  I went searching for anything that might work as a substitute for said app.  I found an app for free where some robots sing the alphabet and make up a song for each letter, which isn't QUITE the same for my son, but seems to at least get the job done and I do find the songs catchy and cute.  Better than nothing I'd say.

And yeah, that's about it on the money saving front this week.  How did you all do?
Posted by Erika, "The Make Do Homemaker" at 8:32 PM