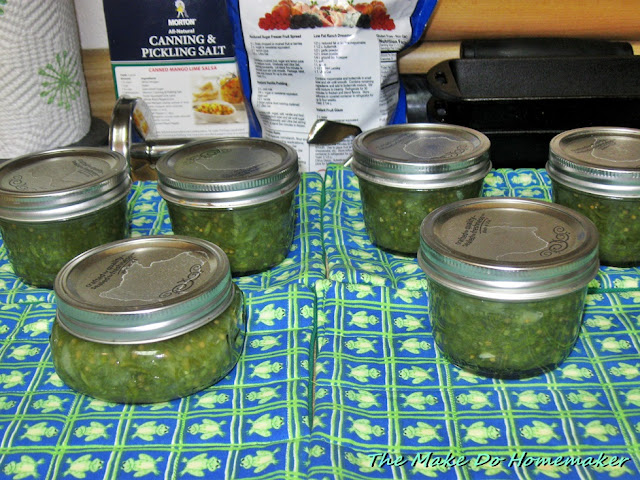 Sorry I didn't update much again this week.  I've just been super busy and haven't had much time to breath, let alone blog.  My son's eczema is flaring again bad after he welted/swelled up a couple of times, so he's not sleeping much either.  So, between the two things it's a miracle I got him to OT and things this last week.  And then yesterday I was dumping some garbage, did a visual inspection of my car (which I try to do each time I see it) and realized that there was a bulge in my front tire.  My husband is going to dig out whichever old summer tire is in the best of shape to replace it with and we're praying that at least two of the old de-studded winter tires will be in good enough shape to use as summer tires or I'm going to be looking at getting to new summer tires next year on TOP of getting winter tires this year.  Such is life, but ugh.

Quick garden update.  I ripped out the radish plant and the various bolting lettuce plants and also a carrot that had sent up a GINORMOUS middle woody stalk thing, but wasn't developing a shoulder at all.  It was even starting to go to seed before it actually developed a carrot.  It was the weirdest thing I've ever seen (although this is my first year actually growing carrots that are doing anything, so I'm no expert by any means).  Some of the carrots are getting big and that is definitely making me happy :).  I quickly, dodging hornets the entire time, went and planted beet and turnip seeds after amending the soil and the turnip seeds are already sprouting (yay!) and I'm going out multiple times a day now that it's raining to pick slugs off of things and kill them (boo).  Anyone got a good border protection you can put around small beds to stop slugs from getting at plants that won't wash away easily?  I'm fearing for my seedlings with how bad of a slug infestation I have this year.

The peas are continuing to produce as you watch (woot!) and so far I've gotten a couple of side dishes worth off of the plants and they are now blanched and in the freezer for winter and I have another bag of them in the fridge that I almost have enough in to blanch another bunch (and I've even been snacking on them, so that's showing you how many there are *laugh*).  The biggest challenge with the peas, which luckily the slugs aren't climbing the stems of the peas to get at higher leaves and are sticking with anything that touches the ground, is that they keep growing and are falling forward.  I had to go and scrounge around in my husband's scrap conduit pile and find a piece long enough to stick into the soil and push the peas backwards toward the house before they take the trellis down with them.  I've never seen peas grow like this.  It's amazing.  Next year I'm going to plant some in a neighboring bed and buy some actual trellis if I can afford it to put along the back of the entire garden for the climbing plants.  It seems they do like to grow in that area *laugh*.

The swiss chard has just been dealing with too many slugs, too many aphids (to the point you can see through some of the leaves there is so much juice sucked out of them when you clean them) and too much all over the board weather.  I'm thinking that I'm going to be harvesting what is left soon as it keeps bolting and if I need supplemental greens for over winter I'm just going to have to buy some this year (which luckily at least swiss chard is relatively cheap up here this time of year).  I'd plant some Chinese cabbages or even more chard, but with the slugs I don't know if it's worth the battle.  Still debating that one.

I harvested the rest of my herbs this week (note to self:  Put them in dehydrator when done with this post) as they were not only being swarmed by slugs and hornets, but they were also going to seed.  I finally braved the hornets, which actually were very nice and left me alone for the most part and grabbed what was left of the herbs.  Considering everything the herbs were up against this year in the way of bugs they did AWESOME.  I got a really good amount of thyme and rosemary, which is my first year for that happening and my sage did well too.  I almost dug them and brought them inside to overwinter, but my cats just destroy anything resembling a house plant, so I decided "no" was the best answer for that idea.

After I harvested the herbs, I waited until it was raining (to not deal with the hornets as much) and grabbed the planters, drug them across the lawn and parked them by the front garden bed.  I then pressure washed the sidewalk where the planters were to try and get rid of even the scent of slugs if I could help it to deter the hornets.  My son has found that he loves to spray the hose directly into the ground and mess with it when outside and I was terrified he'd get stung.  His skin is so sensitive to allergens right now I don't want to know what bee stings might do to him.  And he has no fear of flying insects, so I was waiting for him to grab one to see what it felt like.  So, yeah, front planters went to an area he doesn't around around in.

I'm continuing to harvest one lowly little handful of raspberries at a time.  My daughter has been into the fresh grapes I got at the store this last week more than the raspberries so I froze a couple of small handfuls of them to use later in jam and such (only about...oh...11 1/2 more cups of raspberries to go to get enough for jam *laugh*).

Today it has finally cooled down even with the last couple of days of rain and the humidity seems to have dropped off a bit, so I'm HOPING to maybe get my cherries and rhubarb canned this weekend.  It'd be nice to not have the bags of cherries dropping on my foot every time I open the fridge freezer.

I got some stuff done in other areas of the house this week, but I'll save that for Sunday's post.

Onto the money saving adventures this week!

1.  I made rat-tailed radish relish this week (I dare you to say THAT ten times fast *laugh*).  The results are seen up top there.  I got up early one day, made sure to use the squat 1/2 pint jars so I didn't have to heat as much water in the canner and tried to make the entire experience as quick as possible for the sake of not overheating the house.

I used the recipe on Canning Homemade but instead of traditional radishes (obviously) I used the rat tailed radishes.  I did make a couple of changes.  Mainly I used about a little over a pound of the rat tailed radishes (I believe final calcs worked out to be about 19 oz) compared to two pounds of the traditional root radishes.  Why?  Because you would not BELIEVE the volume of radishes a pound of rat tails gives you!  I then pulsed the rat tailed radishes in several batches in my food processor to chop them up as grating them wouldn't work and I wasn't going to sit there all day and cut them into tiny pieces with my knife (that and honestly I think the food processor gave them more of a "relish" type of cut compared to a knife.  I also upped the onion to about 1 1/2 cups of onion to give more "crunch" to the relish as I knew the rat tailed radishes weren't going to give much other than flavor and color to the relish once they cooked down.

The rat tailed radishes, since they don't have the body structure that a traditional radish does (basically they cook down a LOT more compared to a root radish) I let the mixture cook down until reduced to a relish-like consistency (probably by a little over 1/3 the volume got boiled out).  I was curious as to how it would turn out, but it sure is tasty and the onions give it enough of a relish "crunch" that you just figure you're eating a slightly peppery relish.  And it made a goodly amount (as you can see).  I was happy that the experiment seems to have worked out pretty well.

2.  I found an AWESOME sale on beef this week.  4.99 lb for Porterhouse steaks!  That's how much I've been paying for petite sirloin steaks on sale!  I had budgeted out some money for beef only so that's where my money went to.  I also got some pork spare ribs for 1.99 lb on sale as well.  It feels good to have more than chicken in the freezer right now :).

3. I used some extra money we got in from a good pay check to buy bread flour and honey this week at the bulk store (way cheaper to get them there).  Felt good getting those things marked off of my list for now.

4.  I used the freebie Friday freebie of free soda from Fred Meyer to get some root beer.  I used it during the hotter parts of the week to make root beer floats for dessert.  It was definitely a good use of the freebie *laugh*.

5.   I passed along some excess lettuce I had to a friend.  It is nice being able to give people salad fixings this time of year when I have it to offer.  She was thrilled as she was going to go and pay for a salad for her lunch and that would save her a bunch.  Always a good feeling :).

6.  I've been decluttering a lot this week.  I am especially looking at my kitchen, pantry and sewing area lay outs to figure out what would work the best so that I actually use up things (as in the case of my kitchen and pantry) that needs to be used or make things visible so I can see what I have to work with (in the case of my sewing area).  Yesterday I tackled the sewing area and have to say I'm pretty happy with it right now (more to come on that), so onto the kitchen next :).

7.  I continued to harvest rose hips from the yard and am getting up a goodly amount.  I've actually harvested enough rose hips off of some plants that the roses are blooming again.  So, double harvest!!!  *Laugh*

8.  I did some brainstorming and came up with more ideas for Christmas gifts this week.  And I actually remembered to write said ideas down!  Yay!!!

9.  My husband's birthday is this week, so I will be spending part of my week trying my hand at making erbswurst made out of primarily materials I normally have on hand (his birthday gift, which is where the sausage casing came into play...and then, of course, I found a recipe that called for waxed paper instead of casing.  Ah well) and home made soft pretzels (really a pain in my small kitchen, so I don't make them that often, but my husband LOVES them).   And no, we won't be eating both at the same time *laugh*.

I'm sure there is more that I'm missing, but I'm tired and sore today and have a lot to do, so I'm going to call that good.  Got any frugal adventures that happened to you this week?
Posted by Erika, "The Make Do Homemaker" at 9:49 AM