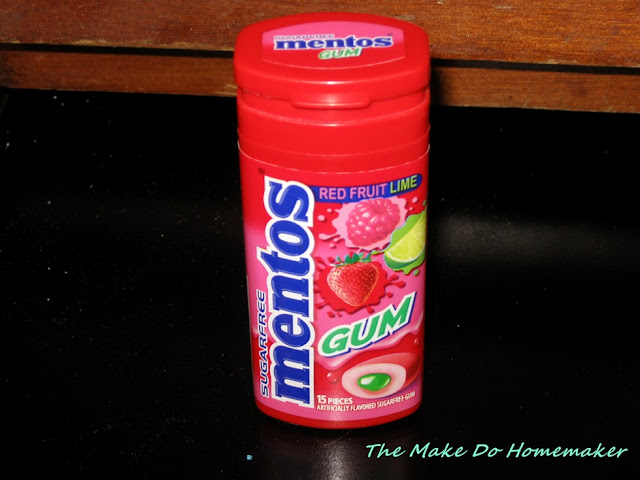 It was another week of sickness around here this last week, unfortunately.  My daughter managed to come down with a cold the day after school let out and spread it like the plague before she got well (she's GREAT at that).  So, I had a very out of it husband during Christmas Eve and Christmas Day and I was getting cranky and depressed by the end of it due to lack of sleep and just generally being tired from fighting the cold off (which thank goodness it at least seemed to come and go quickly for me).  The husband and children loved their gifts that I made, which made me feel good.  We managed to get gifts hopefully to where they needed to be for people to get them and others had already gotten theirs, which was good.   I found out I am going to be an Aunt again.  It was a mixed bag of good and bad...although really isn't that life in general?

Anyway, when it came to saving money this week, there was some silver linings in the clouds!

1.  My friend Stephanie gave me her freebies for Fred Meyer she'd accumulated over the last couple Freebie Fridays (one of which is seen above).  I'd missed the Mentos gum coupon because I was busy, so it was a nice boon being able to get those (thanks, Stephanie!).  I also was able to get two free cans of Sheba cat food, one with the E-Coupon and one with a coupon on the actual can letting you try one for free.  One of my cats likes said cat food, the other one doesn't.  Since the one who doesn't like it is the one who is the size of a aircraft carrier, I'm not too upset that she doesn't want to eat it and leave it for our light weight and scrawny-in-comparison feline *laugh*.

2.  Rifftrax.com sent us an e-mail Christmas Eve and gifted us a free 10.00 credit, no strings attached to use on the site, the only catch was that you had to use it before 12/31.  We love Rifftrax around here so we were thrilled with the gift.  We used it to get enough .99 shorts to fill up two DVD's worth of laughs for us.  This, by far, was one of the coolest gifts I've gotten as a holiday freebie from anywhere, so it was definitely a high point of the week.

3.  I got my latest Smiley 360 mission coupons and went to the store to get some free chocolate covered pretzels.  While my son won't be able to have them (peanut cross contamination), the rest of us still ate a few out of one bag and then I'm planning to save the other bag for later in case of party needs or if something else comes along where they will be useful with my daughter or husband.

4.  My mother-in-law gave me a giftcard to Fred Meyer for my birthday.  She sent it to me early, which worked out well.  I used the giftcard to buy some last minute groceries while my son was in OT earlier in the week.  I was even able to get some enchilada sauce on reduced for .99 for big cans (one of my shopping goals for next month actually) and a few other items I needed.  Walked out of the store paying 2.99 after giftcard was applied.  Not exactly a thrilling use of a giftcard, but still very much appreciated.  Thanks, Stacey!

5.  This is another one of those "saved money by not spending money" types of things.  I avoided going to the main stores today to avoid buying Christmas clearance items I don't need.  I realized that while I REALLY wanted to go and get wrapping paper on clearance that I still have plenty left in my stockpile for next year, so why waste even a few dollars going and getting more?

6.  I realized, finally, that I REALLY needed a few new pairs of jeans.  I have some Old Navy pairs that are five years old and barely holding together and just finally realized that darning them wasn't going to save them as the material was too thread bare.  So, I went to the used store today and found two nearly brand new pairs of jeans for 5.00 a pair.  That I can afford.

7.  We did go to Lowes earlier in the week and got some LED's to replace the ones that burned out in my daughter's room (the lighted garland I hung up to replace them are just regular Christmas lights) for 5.00 and some change.  I took down the Christmas decorations today (with the exception of the wreath, the swags and a few other minor items that can be left up past the new year without worries of my son beating on them too badly) and put up the new LED's in her room as she likes to have the lights to make her room fancy.  This way, if she wants her room lit up a bit, at least it won't consume too much electricity.

9.  I realized that I was going to need to get another big spool of white thread from Jo Ann Fabrics here soon as I've got some projects I have to get done and am actually running out of white thread (I was surprised to realize this, actually *laugh*).  I decided to wait until coupons came in the mail to see if there was any sales that would help me save some money on the purchase.  The "save 50% off regular priced thread or buttons TOTAL purchase coupon" will definitely come in handy next week!

10.  Since the kids are on break, we've been staying home a lot lately, which is not only saving me money by keeping me out of the stores, but also is saving us money by us not consuming gas.  We do end up taking drives to keep my son from going too stir crazy, but we have tried to keep them relatively short, but entertaining.

For instance we went to a local neighborhood twice last week to see the Christmas light displays.  This neighborhood goes ALL OUT for Christmas complete with airing their own radio station with Christmas carols and the houses all of have lights set to timers to play in time with the music.  It's super impressive to watch and the kids had a blast watching all of the lights.  And it was free with the exception of the gas.

We also went to Sears and just walked through their Christmas section.  This up till now has been a really fun trip for my daughter as she always loved the light up motorized animals and stuff they'd have in their mini "Christmas village" area.  Unfortunately, Sears didn't have any of those things set up this year, so my daughter was a bit bummed out, but she did have fun looking at their Christmas section anyway...it was just a much shorter trip than in previous years.  Lowes made up for it though with the giant inflatable Christmas things they had set up.  We were a bit perplexed by the giant "Billy the Singing Big Mouthed Bass" with the Santa hat on, but whatever floats people's boats I guess *laugh*.

11.  I did end up having my husband pick up something for dinner a few times this last week as we were baking cookies and cleaning and such, but we made sure that we kept the purchases smart and down on a decent monetary level so that they would keep us within our weekly grocery budget.  And because we spent the money smart the purchases we made will last a few more meals for us for over the Christmas break.

12.  My son's speech therapist finally got the assisted technology she'd been waiting for in the mail Christmas Eve and came over today to start my son on his assisted technology evaluation.  Once this is done she'll be able to write up the grant paperwork to turn into his insurance and we should be able to get a dedicated device to help him communicate for free with the program he's training on installed on it.  It's been a long hard road to get this evaluation done for him (we've been hammering on the schools to get this done since he was three), so to finally be looking at him being able to train to communicate better...it gets me teary eyed, honestly.

13.  My brother sent us his usual gift card for Christmas this year (and I don't mean "usual" as a bad thing as I request one every year :) and per usual he was way more generous than I feel I deserve with it.  I used it to buy computer devices for both my son (back up communication device in case something should happen to the dedicated device once he has it) and for me (as my laptop crashes and freezes pretty much constantly).  I would have loved to have saved the giftcard for food items, but a back up "voice" for my son?  Is about as important to me as breathing right now.

And there you are folks.  My money saving attempts in a nutshell this week.  How did you do?
Posted by Erika, "The Make Do Homemaker" at 8:42 PM