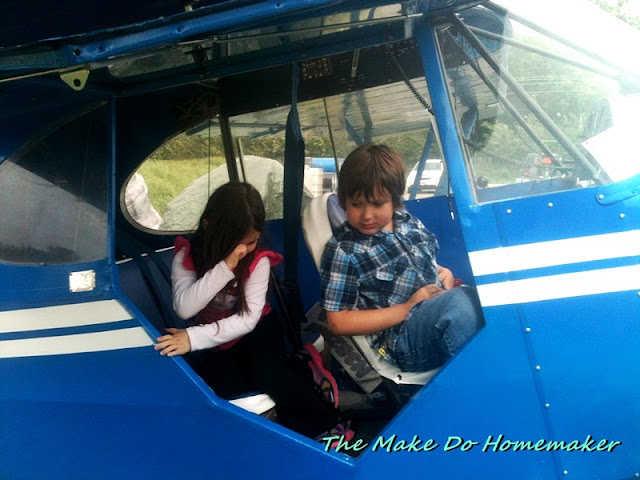 We've been busy around here lately.  The garden is growing and producing.  The weather has been cooler, leading to more fun times outside for the kids (as I learned the hard way that my son doesn't take heat well) and more production IN the house for me.

So, some of the ways we saved money this week were...

1.  My anniversary fell on a weekend this year and instead of going out to dinner and spending money we didn't have my husband came up with the idea to go to our local airfield where all of the forestry planes are taking off to fight fires in other parts of the state.  My husband got some cool photos of some planes, we watched planes take off and land, watched some sky divers and had fun.  My husband also called his friend who owns a hanger at the airfield.  We met up with him and he gave the kids a tour of his nearly completed plane.  My son especially loved sitting behind the stick.  We spent several hours and had a lot of fun.

This was actually over a week ago (by a couple of days), but I just got all the photos transferred and edited, so I wanted to share as I thought they were so cute :). 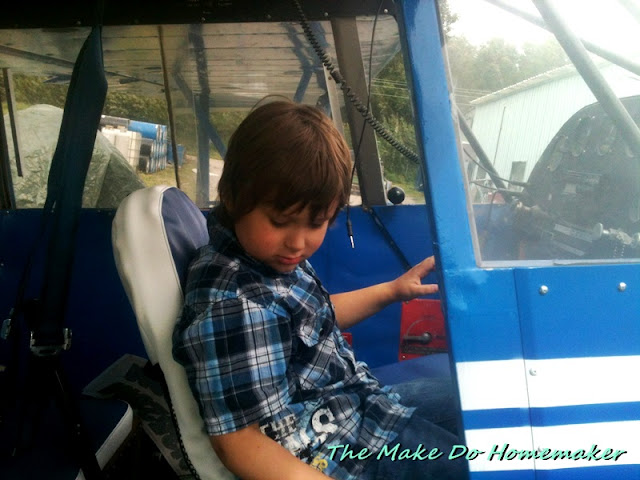 Overall we had a blast and we spent no money that day with the exception of gas as we drove around, so well worth it I'd say.

2.  I harvested kale, lettuce and various herbs from the garden.  I dehydrated the herbs, with the exception of some mint which I turned into mint "juice" to make into jelly.

My green lettuce plant was shortening to bolt and was getting very bitter, so I pulled it.  I'm thinking about putting some other seeds in the ground and seeing if I can get anything else out of the space before the snow flies, but I'm still thinking on it. 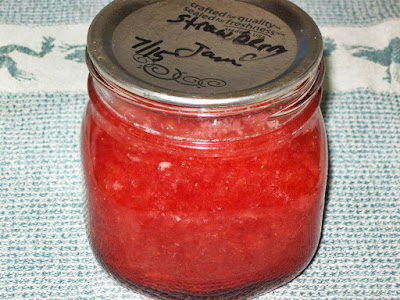 3.  I canned 8 pints of strawberry jam this week.

4. I baked cookies and bread this week as well.  And to the reader who asked if you could make Irish Soda Bread in a bread pan instead of on a cookie sheet?  It worked for me (same cooking time and temperature).  Just be sure you roll the dough into a kind of log that touches all sides of the pan before you bake it as it doesn't "rise" to fill the pan like traditional bread does.

5.  I cooked all of our meals at home, which saved us money including having guests for the Fourth of July.  I made hot dogs and we had fun.

6.  I used a I-Tunes gift card that I had earned through some rewards program (it's been a while since I got it, so I honestly don't remember) to buy some apps that my son's new speech therapist wanted me to download.  I was happy to get the 10.00 worth of apps for free.

7.  I went through Amazon to buy some food storage that I needed, which beat the prices of any local store in some cases and in the case of others I was able to buy safe nuts (my son is allergic to peanuts, so finding things that are safe from peanut cross contamination is really hard) and some banana chips (occupational therapy is working on expanding his diet to incorporate actual FOOD, so I needed to get some for experimenting with him).  I felt good getting things that will get used no matter what and at the same time KNOWING those foods were safe with my son's allergies.  Always a good feeling.

8.  I darned some socks and started repair work on some of the comforters that have holes in them (tutorial on how to darn tears in comforters and stuff hopefully coming soon).

I was disappointed to see that my rose hips aren't going to be good for harvesting this year.  They have some weird bright florescent orange fungus growing on them (no joke, BRIGHT florescent orange) and I'm sure not going to take the chance on those.  At least I do have green raspberries developing, so hopefully I can get at least enough raspberries to make jam out of and I can at least get dried rose hips pretty cheap online or from friends whose roses aren't looking like they were hit with toxic waste.

And there you are folks.  Some ways I saved money this week.  How did you do?
Posted by Erika, "The Make Do Homemaker" at 2:54 PM